Zelda Wiki
Register
Don't have an account?
Sign In
Advertisement
in: Locations in Oracle of Ages, Labrynna, Villages, Locations
English 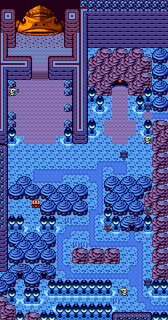 Zora Village is a location in Oracle of Ages.[1] It is an underwater village found in the Zora Seas of Labrynna. The village is inhabited mostly by Zoras, and is also home to the great Jabu-Jabu, where another Essence of Time resides. The Zora Village can only be reached after Link has obtained the Mermaid Suit and learned the Tune of Ages.

In the past during Queen Ambi's age, King Zora had fallen with an illness due to the polluted water coming from the east.[2] His sickness could only be cured with a Magic Potion,[3] however the Zoras were unable to find one, and the King Zora would later pass away. As the King Zora did not leave a successor to the throne, the Zoras would be left without a king in the present time.[4] A Zora in the present says that their last king, the King Zora, had died centuries ago. Link can give the Zora King in the past a Magic Potion to cure his illness. Once cured, the King Zora in the present will grant Link the Library Key in order to research the causes on why the water of the Zora Seas has been so polluted lately.[5] The young hero, with the help of the Fairy Queen, is able rid the sea of its pollution in the past, which grants Link permission to enter inside Lord Jabu-Jabu during the present time and receive another Essences of Time in the process.

As Link exits the insides of Jabu-Jabu, a Zora crosses his path and thanks Link for all he has done for the Zora people, granting the young hero a Zora Scale for his help.[6]

A Gale Tree can be found on one of the islands on the surface above the village, providing easy warp access to the area. In a Linked Game, the Master Diver's senior pupil appears on the shore. He has a secret for Link to tell to his master in Holodrum.[7]