Zelda Wiki
Register
Don't have an account?
Sign In
Advertisement
in: Enemies, Common Enemies and Traps, Flying Enemies,
and 6 more 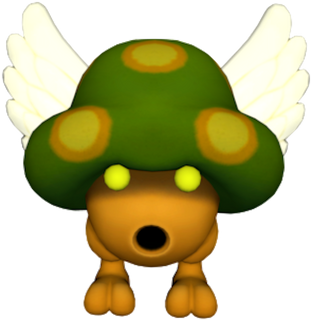 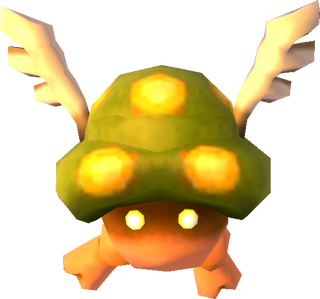 Fire Rod
Bow
Boomerang
Sword Beam
Zirros are recurring Enemies in The Legend of Zelda series.[2][name reference needed][note 1] They are sentient mushroom-like creatures with wings. They fly around fields, rivers, and lakes, attacking anyone who strays into their territory.

In A Link to the Past, there are two types of Zirro, and both appear in the Dark World. Regular blue Zirros simply swarm close to Link and attempt to get in his path to cause damage. They use their wings to their advantage, keeping at a distance and swiftly dodging close-range weapons like Fighter's Swords, though if Link is fast enough, they can be destroyed using a blade. A green Zirro however will drop small and dangerous explosives if they spot Link, and are far more dangerous. The Bombs will explode on contact with the ground. They are however less resilient to attacks.

Zirros are some of the most dangerous enemies found on the overworld in Link's Awakening. They drop Bombs that will cause a large amount of damage. They are resilient and very swift, but regularly leave behind a Fairy when destroyed.

In A Link Between Worlds, green Zirros return and attack in much the same way they did in A Link to the Past. They appear solely in Lorule. They remain at a distance until they close in to strike. The best way to deal with a Zirro is to block its explosive with a Shield and then follow up with an attack with Link's blade. As well as the green Zirros, blue Snowball Zirros appear on Lorule's Death Mountain.