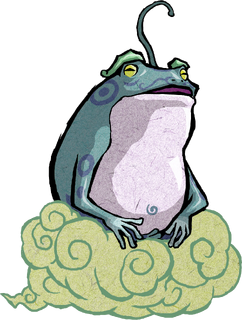 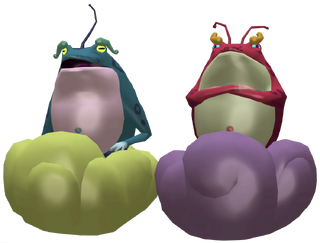 Zephos is a character in The Wind Waker.[2]

Zephos is the wise and kind God of Winds.[3] He has roamed his home, Dragon Roost Island, for years watching over the wind and awaiting the arrival of the new Waker of the Winds.[4] Zephos has a brother, Cyclos, who has been tormenting people with cyclones ever since his monument was destroyed.[5] It is Zephos's monument in Dragon Roost Island that has the Wind's Requiem inscribed on it, allowing Link to learn the melody and take control of the direction of the wind.

Zephos's name derives from the Greek God of the Wind, Zephyrus (or simply Zephyr). Zephyr can also be used to refer to any small breeze or soft winds.