This page is an archive. The contents have been moved from another page for reference purposes only, and should be preserved in their current form. Discussion or voting on this page is not current. Please do not add new comments to this page because they probably won't be noticed by anyone. Instead, direct any comments to the current talk page.

Opposition
Twilit Igniter Fyrus (August 6, 2008)
This is a really awesome image. Steven did most of the rendering on this. I only made a tiny, minor fix to it. It really stands out among the bosses of Twilight Princess. It is far more deserving of featured status than the Ganon image.User:Matt/sig 18:47, July 7, 2008 (UTC)

Opposition
Adventure of Link Sword (October 3, 2008)
This is the sword that was featured on the box art for The Adventure of Link. It took many long hours of work to get this image out of it. It is a beautiful image. And our more-picky members cannot single this one out like they did to the excellent Master Sword one. Yes, The Adventure of Link is the most hated (or least-liked) of the canon Zelda games. But there is little else from the game with this quality.User:Matt/sig 19:22, August 21, 2008 (UTC)

{{Hide|header= TMC Link Big Green Chuchu Artwork.png (January 10, 2009) |content= I was amazed at how wonderful this picture is when I first saw it. It shows Link from the Minish Cap running away from the first boss in the game, Big Green ChuChu. The colors of this picture are beautiful and it has alot of action. --Link hero of light 19:02, 15 November 2008 (UTC)

This nomination is an experiment in a new policy. It is intended as a replacement for the existing image TP Faron Render.jpg. If this image is voted in, the old one will automatically be disqualified and the new one will replace it on every single page that the old one was on, save for this one.

To truly see this image in its full glory, click on it to go to its page. It is much better there than this tiny preview here is.

Neutral Comments
Majora's Mask Art (May 23, 2009)
This image was uploaded to replace the current one. This version is larger, better in color and brightness, and includes the entire content of the poster.User:Steven2113/sig 00:43, 21 April 2009 (UTC) 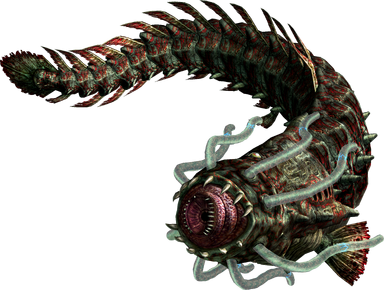 Okay, I was asked to nominate this one. It is a good image. It is large and highly detailed. It's pretty good. Worthy of being featured.User:Matt/sig 19:54, November 19, 2008 (UTC)

Everyone hold off one voting for this one either way for a while. We might be fixing some minor things with the image soon.User:Matt/sig 19:30, May 13, 2009 (UTC)

Matt, are you sure that you don't just want to freeze the voting since you were the one who nominated it, and it gets shot down with one more vote? :) Just playing. :D

Okay, the new version is up. Bigger, better, brighter. Okay, mostly just bigger. Less blurry this time too. You may return to voting little peeps.User:Matt/sig 00:06, May 14, 2009 (UTC)

Leaked artwork from the upcoming game. It has a similar style to Twilight Princess and is very mysterious. It's also interesting Link isn't holding a sword.--Link hero of light 04:24, 5 June 2009 (UTC)

I'm not going to vote for this yet. It's a great image, superb size and quality, but judging by the title being simply "The Legend of Zelda" I can tell this isn't the final artwork. If there is, for all we know it will be even more epic than this, so I'm going to hold off just a bit longer and see what happens. Though, judging by this it will be featured within little time.User:Steven2113/sig 05:37, 7 June 2009 (UTC)Vote withdrawn by user.

I'm trying this again. Mostly because the image was updated since last time. I did some research. The votes against the old one were unfounded. Screen brightness has nothing to do with it. The real problem with the old in one was the loss of the glow and some color information in Death Sword itself. This new version is exactly the same except the darkest parts of the background are transparent. The new version is just a vibrant as the other. Except that is new really easy to see regardless of the screen brightness, unlike the old versions. This version is also huge. Actually bigger than the old one that is currently featured.User:Matt/sig 00:21, January 20, 2009 (UTC)

Change of back ground color can make a world of difference but, this image had more then just a "back ground color swap". For one, the old image was slightly cut-off (this one isn't), and the new version is larger, not to mention easier to see :)User:Mandi/sig 04:28, 3 February 2009 (UTC)

Well, on my computer the new version isn't larger, it actually seems a bit smaller than the new one, but maybe that's something that's just wrong with my computer... Anyway, I kinda think that the old backgroundcolor was better for a "dark" monster like death sword. --Olle93 18:15, 3 February, 2009 (UTC)

When the European box art for Spirit Tracks was unveiled I, and most others, became really jealous of theirs. The cover is very depthful, and even sparking some controversy that Zelda is a spirit due to her paleness, as well as the mysterious tower in the landscape. As for the image itself, it's fairly large, and has very good quality. I'm especially intrigued by the border it was given, which really completes the piece.User:Steven2113/sig 23:53, 4 November 2009 (UTC)

This image never got a fair run. The opposition against it last time was invalid but we did not have the guidelines then. This one is just so cool. Of the four images like this, this one is the best in my opinion. And the other three are featured. I say this one deserves that too.User:Matt/sig 20:43, April 16, 2009 (UTC)

Gorgeous, rare image that depicts Hyrule Castle in all its glorified majesty. Great artist rendition seen in the Japanese guide that definitely should be featured for all Zelda fans to see. :) Dany36 02:28, 12 May 2010 (UTC)

This picture truly captures the dangerous feel and epic-osity of Link's battle with Cragma, the fourth boss of Spirit Tracks. The image quality and applied transparency is extremely sharp, not to mention the eye-opening usage of color and contrast. The physical emotion that emanates from this fiery fight is extrordinary! User:Cipriano 119/sig 05:20, 6 December 2009 (UTC)

The Wind Waker Artwork. August 23, 2010)
==The Wind Waker Artwork== Another fine piece from The Wind Waker, and unlike the others, captures the mood of the game with Link sailing on the King of Red Lions. Further than that, it's a very large image with great quality and color; definitely feature-worthy.User:Steven2113/sig 20:49, 21 November 2009 (UTC)

I think this is a great work of art from TRR, and it shows the complete nature of the game, along with some rare images of our favorite characters. It is an enjoyable piece of work, with a light-hearted atmosphere. —Alter  {T C B H } 21:56, 31 January 2009 (UTC)

Actually, the problem is that one has the title on it. I removed it from this puppy. Furthermore, it's an image copyrighted by Nintendo; we don't need to link back. :P

A great picture that accurately depicts the final fight in The Adventure of Link against Dark Link. Although the colors might be dull, the drawing style is great and makes up for it. Let's show Adventure of Link some love! :P Dany36 21:15, 6 June 2010 (UTC)

I absolutely love this image. It has such a intense feel to it. I love all the detail it has in it and how ornate it looks. I had looked at the in-game versions of this and I had noticed some of it, but this image simply took my breathe away. It's awe-inspiring and stunning. What more is there to say about this awesome image?User:Matt/sig 04:27, September 13, 2010 (UTC)

A gorgeous image of Link and Epona riding through Hyrule Field that reminds us just how epic Ocarina of Time truly is. The colors are vibrant and both the image size and quality are decent. A perfect picture to get us pumped up and ready for the upcoming release of this grand masterpiece! Dany36 22:13, 13 April 2011 (EDT)

I love this image. The colors in this image are very vivid and it has a nice resolution and a good transparency. Despite this boss's flamboyant colors, the official art really plays up the shadows and gives it a more ominous feel. User:Mandi/sig 02:46, September 29, 2010 (UTC)

A beautiful piece of high-resolution art depicting the teaching of the Serenade of Water in the Ice Cavern, this artwork from Ocarina of Time 3D captures the essence Link and Sheik being engrossed in the music. The crystalline background of the cavern, along with Navi's blue light, complement the artwork and provide a powerful sense of atmosphere. This piece embodies much of the mystique that Ocarina of Time possesses. Miles (talk) 16:59, 8 May 2011 (EDT)

An accurate and dazzling depiction of what is perhaps one of the most iconic and epic battles in the Legend of Zelda series, this image truly exhibits the extent of Ganon(dorf)'s awe-inspiring, god-given power and might as well as the ferocity of the battle between Good and Evil, Courage and Power. The size of the image is decent great and the quality is excellent. Since we already have a featured picture of the battle between Link and Dark Link, it would seem appropriate to have one of Link and Ganon as well!

This image is downright amazing. It is very colorful with every incarnation of Link to date. Nintendo is even distributing the image as a poster through Club Nintendo. After an amazing year for the Zelda series, I believe we should recognize the 25 anniversary of Zelda by featuring this great tribute to one of Nintendo's greatest series. Noble Wrot 12:51, 17 December 2011 (EST)

The simplicity and pastel color combinations of this image flow quite nicely and add to the mystique given by the Fairies' appearance. This image also features a stellar transparency!User:Mandi/sig 20:11, July 15, 2011 (UTC)

A high quality image of Link taking a break under a tree. It has great, vibrant colors and, even though it could do without the logo at the top, that doesn't take away from this not too well-known artwork from the A Link to the Past remake. --Dany36 17:53, 12 July 2012 (EDT)

I really like this image for multiple reasons: for starters, it's incredibly high quality and is a very nice piece of artwork. Another main reason is that this is one picture of Zelda which shows her to be "just another person." She's always been royalty and had great importance, and as such she's always carried an air of elegance. Here, Zelda does not know she's the Goddess reborn, and is therefore...well, humanized. It's a great image of Zelda, and I think it could definitely be a great image to feature.—Justin(Talk) 21:29, 9 December 2012 (UTC)

Neutral Comments
File:The Wind Waker Scene HD.jpg (June 6, 2013)
Fantastic artwork which does quite a nice job of showcasing the upgraded graphics. I particularly like the way that Ganondorf is imposed in the background, as well. Quite simply... this image is something I would be proud to show on the front page.—Justin(Talk) 12:00, 14 June 2013 (UTC)

@Deku Tree Sprout: To vote, place a # at the beginning of a new line, and then follow that up with your vote. I corrected your format for you. Use that for future reference =D—Justin(Talk) 15:40, 14 June 2013 (UTC)