Zelda Wiki
Register
Don't have an account?
Sign In
Advertisement
in: Enemies, Reptilian Enemies, Enemies in A Link to the Past,
and 2 more 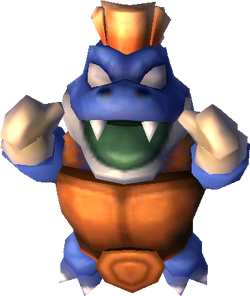 A Blue Zazak from A Link Between Worlds

Fireballs
Zazaks are recurring Enemies in The Legend of Zelda series.[2]

In A Link to the Past, they appear in certain Dark World dungeons, most prominently in Thieves' Town, but also in Ganon's Tower. They often charge at Link to attack. Red Zazaks are able to shoot fireballs that can only be blocked with the Mirror Shield. The red variety can also withstand twice as much damage. They usually appear side by side, and often in groups with Stalfos.

In A Link Between Worlds, Zazaks do not shoot fireballs at Link, but will damage him if they come into contact. If the Thief Girl is with Link while in the Thieves' Hideout, Zazaks will attempt to grab her. If they succeed, it causes the hero and the Thief Girl to immediately end up back at her cell.

Zazaks appear in Level 8 in Ancient Stone Tablets, which takes place in the tunnel to Death Mountain. This dungeon is in the Light World, showing that they are not limited only to the Dark World.

Zazak is a combination of Japanese onomatopoeia "zaa," meaning rustling cloth, and "zakku," meaning cutting something.