Zelda Wiki
Register
Don't have an account?
Sign In
Advertisement
in: Enemies, Chuchus, Enemies in Majora's Mask,
and 6 more 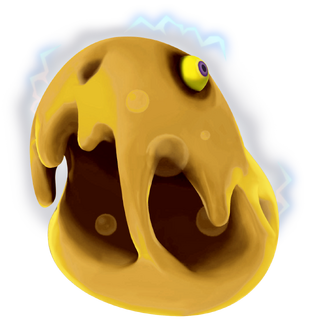 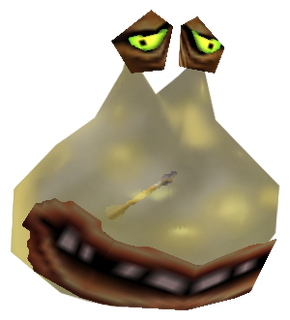 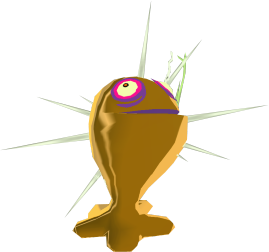 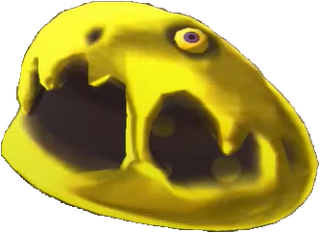 Not to be confused with Electric Chuchu.

In Majoras Mask, Yellow Chuchus are behaviorally identical to other Chuchus. However, Yellow Chuchus exclusively drop arrows as their item, and can often be found in areas where arrows are necessary, such as certain puzzles or minibosses.

In Twighlight Princess Yellow Chu's are enemies that upon being defeated drop Yellow Chuchu Jelly that can be scooped up with a bottle or your Lantern to fully refill your Lantern with oil. Unlike in future games, these are incapable of electrocuting Link.

Yellow Chuchus take on their Wind Waker appearance once more, taking on the property of electricity. They periodically discharge electricity, and are only vulnerable to Link's sword in between these bursts, as they will electrocute Link if struck otherwise. Their cousins, Blue Chuchus, are similar, though these are constantly electrocuted.

Like some of their previous incarnations, these Chuchus are electrically charged, and will occasionally attempt to envelop Link in an attempt to electrocute him. They cannot be struck while electrocuted, and are immune to stabbing attacks, requiring slashes to divide them. Like other Chuchus, they are especially vulnerable to Bombs, which they will try to consume, only to have them detonate inside of them. They are common in electrical-themed areas, such as the Lanayru Desert and Lanayru Mining Facility.