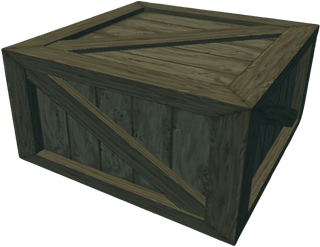 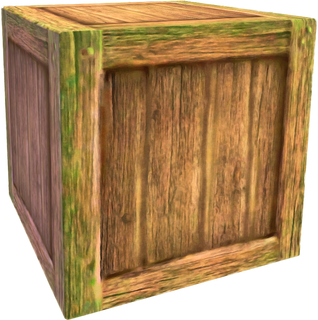 A crate is a hollow box that often comes in two sizes. Link can lift and throw the smaller variety in order to bust it open, but he must roll into or set an explosive by the larger variant to achieve the same effect. In Breath of the Wild, Link can also set the crates on fire to release the contents, but doing so will cause any food materials to become roasted. Link can climb atop the larger boxes without breaking them to gain a broader view of the surrounding area or to gain extra height in a jump. The larger crates also come in an indestructible variety which can be pushed, allowing Link to use them to reach higher areas or to uncover hidden passages. If anything, single recovery hearts or nominal Rupees can be found inside these boxes. However, in Ocarina of Time, crates often hide Gold Skulltulas. Smaller crates, as seen in Ocarina of Time, Majora's Mask, and The Wind Waker can also be used to activate and sustain a Switch. In The Wind Waker, the smaller variants can float on top of water, which allows them to be used as miniature platforms in the Tower of the Gods.