Zelda Wiki
Register
Don't have an account?
Sign In
Advertisement
in: Enemies, Common Enemies and Traps, Canine Enemies,
and 15 more 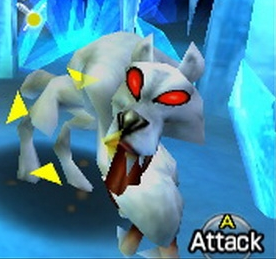 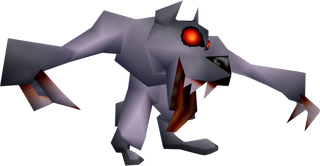 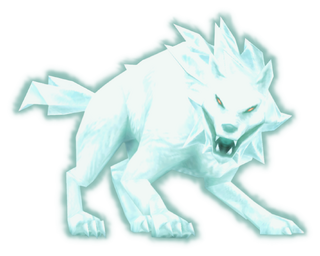 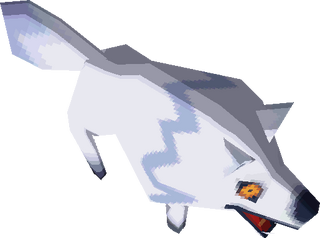 White Wolfos are recurring Enemies in The Legend of Zelda series.[2][3]

White Wolfos are white, wolf-like creatures. They were originally depicted as anthropomorphic creatures with glowing eyes, but in later games appeared with more realistic, wolf-like forms. They are similar to the Wolfos, except they are larger and generally take to icy climates, such as the Ice Cavern in Ocarina of Time and the Snow Realm in Spirit Tracks. In Majora's Mask, they will even disappear once spring is returned to Snowhead. However, they can also be spotted in unlikely areas, such as the Gerudo's Training Ground. In Ocarina of Time, one appears at the end of the Ice Cavern as its mini-boss.

Like the Wolfos, White Wolfos will emerge from the ground when approached. They tend to fight in direct combat. In Ocarina of Time and Majora's Mask, White Wolfos will circle around Link and dive in to strike with their claws. They can also block and dodge Link's attacks. This incarnation can be fought either by blocking or dodging its own attacks, and striking back when it lets its guard down. Identically to the Wolfos, its weak spot is its tail, and striking it will instantly defeat it. In Twilight Princess and Spirit Tracks, White Wolfos tend to appear in packs, and charge at Link as opposed to bare-hand combat. The White Wolfos in Twilight Princess can dive back into the snow and reemerge to launch surprise attacks.

In Link's Crossbow Training, White Wolfos appear in Level 8: Snowpeak Ruins: Defender. They inhabit the mountains of Snowpeak in packs, and can be found around the frozen lake and can ambush Link from piles of snow. Similar to their appearance in Twilight Princess, they surround Link in groups and attack by pouncing on him. They appear in much greater numbers as the Level's timer begins to runs out. They can be defeated with one shot of the Crossbow.

White Wolfos appear as enemies in Cadence of Hyrule where they only appear in cold, icy dungeons such as the Frozen Grotto and parts of the Future World. Like most enemies, they can only move to the beat of the music and prefer to move on every second beat. However, unlike other enemies, they can move and attack in all eight directions, including diagonally. Fortunately, they will only attack either Cadence, Link, Yves, and Zelda if they're not looking directly at them.

If any of the heroes does manage to get a look at them, they will change their course of direction and hop away from the heroes, keeping their eyes on them at all times until they turn around or until the White Wolfos moves to a position either behind or adjacent to the hero where they cannot see them. Before moving and attacking, they will always crouch down and bare their long, saber-tooth-like fangs for one beat before hopping onto another tile, dealing damage to anyone who's standing in their way. They share this pattern with other Wolfos enemies.

A White Wolfos pup can be found outside of the Kakariko Shooting Gallery in Octavo's Ode. Octavo can pet it by moving in its direction.