Zelda Wiki
Register
Don't have an account?
Sign In
Advertisement
in: Enemies, Common Enemies and Traps, Arthropod Enemies,
and 11 more 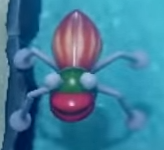 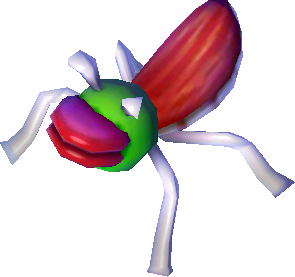 Sword
Water Tektites are recurring Enemies in The Legend of Zelda series.[1]

Appearing only in the Swamp Palace in A Link to the Past, Water Tektites usually live in groups on shallow and deep water and move in diagonal motions towards Link as he attempts to get past. They usually appear in groups of three. While not that dangerous on their own, not being overly strong, they often appear alongside the more dangerous Pirogusu and Kyamerons and other traps.

Water Tektites move in diagonal motions and appear in the Angler's Tunnel and Catfish's Maw, but do not actively home in on Link like those in the previous game. They are unable to jump and can never leave the water.

Water Tektites appear out in the open in Oracle of Seasons, found primarily around Spool Swamp, skating around Goponga Flowers.

Water Tektites can be found throughout the Mermaid's Cave in Oracle of Ages.

Water Tektites appear solely in the Swamp Palace of Lorule in A Link Between Worlds. While they don't appear in as many numbers as those in A Link to the Past, their behavior is similar. They are a little weaker than their counterparts in A Link to the Past, not causing as much damage on contact. They appear largely identical to their original form, but now have some antennae or eyestalks on top of the main part of their body.

Water Tektites in Tri Force Heroes are identical to their appearance in A Link Between Worlds. They are found in the Riverside and in the Flooded Zone of the Den of Trials.

Tektites in The Legend of Zelda series
Community content is available under GNU Free Documentation License unless otherwise noted.
Advertisement