It needs to be updated to be accurate with information available at the present time. 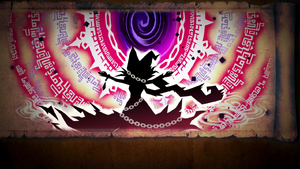 Cia brings monsters from across the ages to lure Link
The War Across the Ages is an event in Hyrule Warriors.

Long prior to the events of Hyrule Warriors, a powerful sorceress named Cia guarded the balance of the Triforce.[1] With her powers, she watched over the events of history, sworn to never interfere.[2] As she watched, she noticed that one hero's soul would always be reborn whenever the fate of Hyrule was at risk.[3] The sorceress became fascinated by this hero and failed to notice that a fragment of darkness escaped its prison and invaded her heart.[4] The evil pushed away the light in her heart and turned her curiosity into a desire to possess the hero's soul as part of its plan to obtain the Triforce and be reborn.[5] With the light in her heart removed, the sorceress opened the Gate of Souls and used it to summon monsters from various points in time to endanger Hyrule so that the hero would appear again.[6]