Zelda Wiki
Register
Don't have an account?
Sign In
Advertisement
in: Enemies, Common Enemies and Traps, Arthropod Enemies,
and 4 more 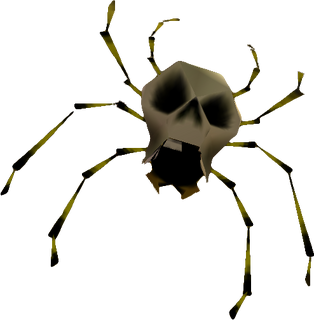 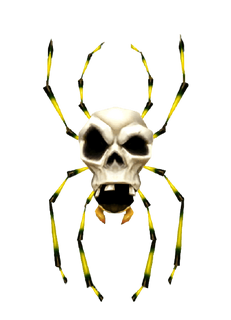 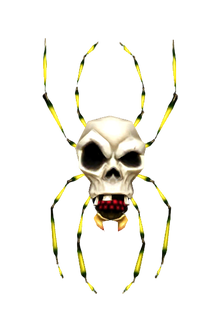 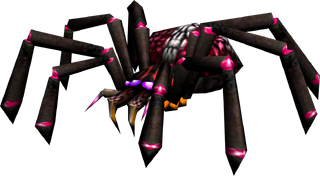 Walltula,(TP | SS)[1] also known as Skullwalltula,(OoT | MM)[1] are recurring Enemies in The Legend of Zelda series.

In Ocarina of Time, Skullwalltulas are found in many places where there is a collection of vines that Link can climb up. They wait for Link on the vines, then charge at him and knock him off when he attempts to climb. Skullwalltulas are easily dispatched with any ranged weapon such as the Slingshot, Boomerang, Bow, and Hookshot. They can also be knocked off by hitting the ground nearby with the Megaton Hammer. Skullwalltulas can be found Inside the Deku Tree, the Forest Temple, and several other dungeons.

In Majora's Mask, only one Skullwalltula appears in a Grotto near the giant tree that bears the Skull Kid's drawing in Termina Field. In the Japanese version of Majora's Mask, they also appear in a pathway in the Deku Palace exclusive to that version of the game.

In Twilight Princess, Walltulas can be found clinging to walls and vines in several places. They are easily dispatched with any ranged weapon, such as the Slingshot, Bow, or Clawshot.

In Skyward Sword, Walltulas can be found climbing on the vines of walls in several places. Link can easily take them out using the Slingshot or the Beetle. He can also defeat Walltulas by making them follow him and then jumping at a wall without vines. They do not inflict damage, though getting bitten by one will make Link's Stamina drop faster.