Zelda Wiki
Register
Don't have an account?
Sign In
Advertisement
in: Villages, Locations, Locations in A Link to the Past 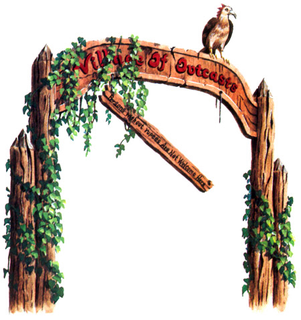 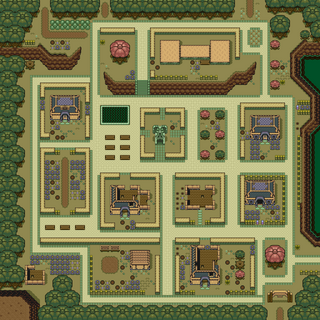 The Village of Outcasts is a location in A Link to the Past.[1][note 1] It is the Dark World version of Kakariko Village.

Found in this village is the fourth crystal, in Thieves' Town. There is also a frog south of the village, who used to live in Kakariko. After Link takes him back to the Light World, he is revealed to be the Dwarven Swordsmith's twin brother. After taking him back to his house east of Kakariko, the two will be so happy that they will offer to reforge Link's sword, strengthening it into the Tempered Sword.

In this village, Link can also find a chest where the swordsmith's house is in the Light World. The key is locked inside it. To open it, Link must use the Magic Mirror to take it to the man at the entrance to the desert. He will unlock it for Link, getting a bottle for his efforts. Also found are thieves in the form of monsters, who essentially have the same role as thieves from the forest of the Light World.

A Link to the Past & Four Swords has an extra shop that sells Bees, Fairies, and Golden Bees. However, to purchase the Golden Bee, Link must obtain one from the Light World and show it to the shopkeeper.