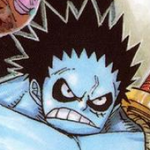 your not in trouble in any way, but may you please upload .PNG's from now on? they just hold the image at a higher qualitey. thank you.--C2

Pretty sure it is. Looking around the site, you'll see we only mention Japanese names for major characters, and in the past people have removed Japanese names for minor and non-canon characters. Though I see no reason to include those names, you can start a forum to discuss the issue if it really bothers you. Jedimasterlink (talk) 05:46, October 16, 2011 (UTC)

I was under the impression we were intentionally not putting the Japanese forms of enemy names, and only did that for bosses. Before adding any more of those or undoing any of the ones so far, I would recommend you make a forum and ask about it. We could end up with a lot of time wasted if we get multiple people thinking we're supposed to be doing different things here, so we should really discuss it to make sure we're all on the same page.--FierceDeku 22:20, January 29, 2012 (UTC)

Well, I recently moved a stub tag to where I thought it belonged, and someone took after me and moved dozens upon dozens of them, only to have someone else reveal that it was the standard for them to be where they had been in the first place, and move them all back. Then there was a discussion about it, and it looks like we're going to want to make the format I had mistakenly switched to the new standard anyway. Long story short, changing a huge number of pages based only on a small number of examples has the potential to lead to a big mess. I just want to make sure the stub tag thing doesn't get repeated, so it's still best to get some input on this.--FierceDeku 23:24, January 29, 2012 (UTC)

I really don't know what the current standard is on that. I recommend just making a forum about listing Japanese names in general, so that everyone can respond. We may end up deciding to expand the types of pages we want to list Japanese names on.--FierceDeku 07:53, February 5, 2012 (UTC)

What you're doing is considered edit warring. What I'm doing is made in good faith. You do not make edits like that without a discussion. And two people is not a discussion. It would be if this wiki were much smaller. It is not. If you continue to edit war, I'm 98% positive you will be blocked. Considering you've been here since 2009 you should not be doing this. Jazzi 03:28, July 3, 2012 (UTC)

Hey there, it appears you made a little mistranlation when translating Bellum's Japanese Title. The term 魔神/Majin basically referes to something like Demonic God, Demonic Spirit, Demonic Being, Magical Beings, or something that is possessed. The Japanese words for devil are 悪魔/Akuma, デビル/Debiru, and/or 魔王/Mao. This picture here shows Bellum's title with more accurate translations, if you wan't to discuss this, please visit Bellum's Talk Page in this link here: http://zelda.wikia.com/wiki/Talk:Bellum_(boss). --Vaati the Wind Demon (talk) 13:57, September 11, 2012 (UTC)

Not likely because translating Majin as just "Devil" is like calling a mango an orange, it can translate to "God of Devils", "Devil Spirit" but not devil because of the kanji Jin which is an important factor to the word. In Bellum's situation, it's obvious he's not a Devil God or a Devil Spirit, but a Demonic Phantom Spirit to be more accurate, don't you agree, calling him a devil would mean he's another Ganon or Malladus, but we know thats not true because he's a Phantom Creature. --Vaati the Wind Demon (talk) 00:35, September 12, 2012 (UTC)

Check out the Zeldapedia Discord server!

If you don't know about it before, you know now. Check out the official Zeldapedia Discord server. You can find the link in the Home Page or in the link provided below:

We are currently a growing community and would love the support we can get, so if you want to chat and hang out with the community, feel free to join!

Retrieved from "https://zelda.fandom.com/wiki/User_talk:Yatanogarasu?oldid=537441"
Community content is available under CC-BY-SA unless otherwise noted.