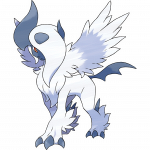 Hey, yeah, you wanna not make me seem stupid in your funny edits section? Yeah, I'd really appreciate that, especially because I saw it like that on another page, and I'm trying not to mess up since this is my last chance. So yeah, I'd kinda like if you'd remove it, because it's not like you're never going to make mistakes. --Jazzi Jäzzi 04:03, June 10, 2010 (UTC)

Yes, yes it did. --TheUltimateHokage88

I don't think that I'm going to keep doing this. I've got a Flare Dancer video, but it's not both of them. I was only able to get one. I'll send it to you, but then I think that you should get someone else to do it. The capture program and emulator running at the same time make my computer too slow to record good videos. So, yeah, sorry. --TheUltimateHokage88

Retrieved from "https://zelda.fandom.com/wiki/User_talk:TheUltimateHokage88?oldid=377939"
Community content is available under CC-BY-SA unless otherwise noted.