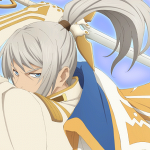 Don't worry. I don't blame you, Ludgerus. But maybe can you a little bit help me with the announcement of Project Hylian Creed, as I just tell you what the goal is of this action. I saw a while time ago, when I was surfing on the internet a joke of Ubisoft México about a video game with the title Hylian Creed. Even though that it was a joke of Ubisoft México, I did think: "The idea is brilliant. A spin-off for both The Legend of Zelda and Assassin's Creed, and that the story plays in an alternate universe. A perfect idea to give the Wii U an extra hardcore blockbuster game and give the Wii U a bigger boost by the hardcore gamers." And it would be a Wii U exclusive because The Legend of Zelda is Nintendo exclusive. I hope to get 20.000 supporters with this action to convincing both Nintendo and Ubisoft to developing Hylian Creed for real. If you want to help me with the announcement of this to a big public, then much very thank you. Tim Auke Kools (talk) 19:07, October 1, 2013 (UTC)

Thanks for the message. I'll change the size of my picture. Ludgerus XXIV

Re: picture with bad quality

Another jpeg image with bad quality

Can someone help me edit my new painting link page please?

You might want to fix your signature so it doesn't lead to German namespace pages that not only do not exist here, but show up in the wanted pages if not attended to. Erm... please? --AuronKaizer! 20:11, January 21, 2014 (UTC)

You don't have proof that Demise's curse didn't affect Impa and it's very likely that it did considering she's one of the only major characters throughout the series who was in Skyward Sword, so just stop undoing my edit -Hylianhobbit

I must admit, it makes lotsa fun undoing edits. So, you're mad bro? Of course I can not proof it, because Eiji A. stated that Ganondorf only hunts Link and Zelda and not Impa (and why should he?). But you can not proof it, so don't add bad shots. It makes no sense. ShiramLudgerus[*], 23:38, February 15, 2014 (UTC)

You don't meet the requirements to be rollback since you still need 400 total mainspace edits. However, this wiki has been super inactive so I don't know if the requirements should still apply. You should probably ask Jedi if you can run for rollback. Green Rupee 21:52, June 9, 2014 (UTC)

Ahh, i wasn't aware there were any rules against videos. I apologize. I was just providing what new info I could. No one objected or got upset when I uploaded the first teaser trailer, which has been there since the Hyrule Warriors page was first made. I figured there was nothing wrong since none of the admins made any effort to delete it, so i thought the others would be fine.
Ixbran (talk) 08:50, June 21, 2014 (UTC)

would you be so kind as to link me to the forums then? I don't know where they are on this forum. I'm not very active here. I'm actually more active on the Koei wiki, for Dynasty Warriors games. I figure since we link back and forth to each other, i could come and help some times.
Ixbran (talk) 09:06, June 21, 2014 (UTC)

Adding foreign categories in articles isn't allowed. We are using a different category system the burecrats created. Create next a forum thread or create a new discussion on talk pages and get the permisson of our community. — ShiramLudgerusээ

What do you mean by "foreign" categories? It's an existing category that is already in use on over 20 articles on this wiki, including the Seven Wise Men, Sages of the Master Sword, and Ancient Sages pages. - {{SUBST:User:Nick O'Demus/sig}} 10:31, October 30, 2014 (UTC)

As I told User:Jedimasterlink, best you ban their accounts and avoid confronting them.--SlugDrones • (Contact) 14:24, November 2, 2014 (UTC)

Retrieved from "https://zelda.fandom.com/wiki/User_talk:Shiram-Ludgerus33?oldid=463062"
Community content is available under CC-BY-SA unless otherwise noted.