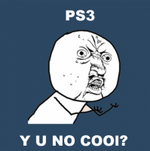 Just to tell you.

That image is already uploaded to the site, so a duplicate image is not needed. You should have seen a "this was previously deleted" message when you uploaded it. --AuronKaizer! 21:19, May 6, 2010 (UTC)

God bless you too, Mr. Green Hat! It really made my day to find a Christian greeting on my talk page! ~ZeldaQueen12

I'll join your club. I already checked it out and asked somethin on the questions page. ~ZeldaQueen12

I joined your club!

No, you were the one who set yourself up. We have a no sexual innuendo rule, and Samus has sexual written all over her. And don't be mad for me trying to include you in the discussion. --ϐαςς ᴶαϟϟι

He wasn't banned. He got kicked because the whole sexual innuendo part of Samus being a sexual innuendo in herself. I was just trying to include him in the discussion, and you could feel his lust through the screen. --ϐαςς ᴶαϟϟι

If you think what I said was strong language, you clearly have not had a good conversation with me. And I did not set you up, I was including you in a discussion. And you aren't banned. --ϐαςς ᴶαϟϟι

And as using the IRC, you should know that Samus never makes the list of anything. --ϐαςς ᴶαϟϟι

We can explain that there. —Preceding unsigned comment added by Jäzzi (talk • contribs)

(Meep Meep Meeep Meeeeeep Meep?!?!) I Loveeee China so much?!?

RE: It has been a while

Ohey! Yeah, the Zeldapedia IRC channel doesn't exist anymore due to not being affiliated with Zeldapedia anymore. I'm under the nick Nayru for the time being, so you can /query Nayru and message me. Jazzi 14:42, June 21, 2012 (UTC)

RE: An old friend

Yes, I'm still active. Although currently I'm taking a wiki-break due to some stuff that happened. You caught me at a really good time, I had opened my browser so that my home pages would open so I did get the notification about the message. But yes, I would like to catch up and it is really great hearing from you and I'm really glad you remember me. If you'd like, you can add me on Skype, if you have Skype. That would probably be the best way to contact me at the moment. My skype is enemypeacemaker Hopefully I hear from you soon! – EnemyPeacemaker 14:44, February 15, 2013 (UTC)

Retrieved from "https://zelda.fandom.com/wiki/User_talk:Mr.Green_hat?oldid=438732"
Community content is available under CC-BY-SA unless otherwise noted.