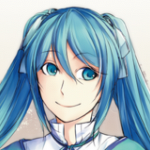 aka not what you THINk.

Hello and welcome to Zeldapedia. I just want to give you a friendly reminder that when you upload images, you should rename them to a proper image name instead of something like MM Monkey.png. Enjoy your stay and happy editing! Also, don't upload images from Zeldawiki.org. That's just not cool. – Jäzzi 23:37, August 23, 2011 (UTC)

Hey there. As Jazzi said, welcome & thanks for your recent edits. Continuing the image topic, if you're going to add an image to an article that already has a similar image in place (like the Princess Zelda article), it would be better to add the image to the gallery at the bottom of the page rather than cluttering the article itself with similar images. Make sure your images are of a quality on par with that of others on the site beefore uploading at all, though. And if you are adding an image to the mainspace of an article, you want to insert it on the line directly above the beginning of a new paragraph, rather than in the middle of a sentence.

I was talking to VicGeorge, as evidenced by my comment appearing just below his. Also, I recommend changing your signature to something other than simply 'Hi'; perhaps your name? -Minish Link 00:08, August 26, 2011 (UTC)

Nice job so far, but the signature's a little much. Why don't you change it to something like
[[User:Markmossing]][[File:5283342811_661c70b295.jpg|30px|Ghost Zelda]]?
Don't use "thumb" and 273px; that's far too large. Additionally, I'm going to rename that Ghost Zelda image "Markmossing User Image" unless you have a preferred name, because we already have a better Ghost Zelda image. If you'd like to keep that image, it has to become your user image; you can only have one user image, so if you don't want that to be it, it has to be deleted. -Minish Link 00:43, August 26, 2011 (UTC)

On second thought, this would probably be a better idea: [[User:Markmossing]][[File:Ghost Zelda.png|30px|Ghost Zelda]]. Same image, but higher quality. Let me know when you change your signature so I can delete the other image. -Minish Link 00:47, August 26, 2011 (UTC)

You said on Jedi's talk page that you get your images from Google. If you're taking them directly off a search engine then they are not at all reliable. You would have to go to the actual site they are on and find out if they are official artwork or not. It's probably best if you just avoid that method of finding images. The official artwork tends to be well circulated on the internet in the first place so we generally shouldn't need to google for it years after a games release anyway. Also, I want to make sure you're aware of the preview button. If you click it before hitting publish you can see how your edit will look before you publish it, which allows you to make sure everything lines up correctly when actually displayed.--FierceDeku 05:05, August 27, 2011 (UTC)

Retrieved from "https://zelda.fandom.com/wiki/User_talk:Markmossing?oldid=379268"
Community content is available under CC-BY-SA unless otherwise noted.