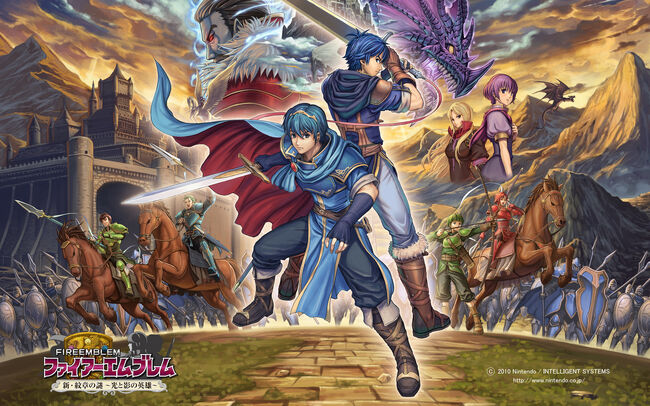 Welcome to my talkpage and also:

I know what you're doing is out of good nature, but it gets annoying when twenty out of your forty-one edits are all just adding the unsigned template. You think you could perhaps do some actual editing of mainspace, as you only have three edits in mainspace. – Jäzzi 03:14, January 17, 2012 (UTC)

But, is it Wiki Policy for all wikis that a user and nonies must sign with a signature or they can use a Talkbubble on Talkpages and Forums, so that other users must know who wrote the message incase if other users don't know who wrote the message without having the sig? And I'm actually just not good enough with making details on Main Spaces, I only did some incase if there's missing like the 3DS Virtual Console's details like System Requirements or Size.-- King Marth 64 (talk • other wikis • blogs) http://i1116.photobucket.com/albums/k576/DigiPen92/th_20px-Marthsprite.gif

Revisiting. Again, could you perhaps try to do something instead of adding the unsigned template? Perhaps clean out the disambigs from the mainspace. Or make sure all the formatting is good and consistent on all pages? – Jäzzi 22:24, January 29, 2012 (UTC)

Just a heads up since I saw your edits to the sandbox; we don't do trivia sections on this wiki. What you're preparing on the sandbox would actually fit on the Cameos page instead.--FierceDeku 23:54, February 3, 2012 (UTC)

Hey, so two things. First of all, can you please remember to name images correctly when uploading them? Make sure you space them out appropriately and name them similarly to other uploaded images. Secondly, as Jazzi mentioned previously, would you mind cooling it with the unsigned template? It's only necessary if it's a user who didn't sign; if it was an IP, just leave it as they never sign anyway. So...yeah. -Minish Link 00:43, February 7, 2012 (UTC)

Does not work here. It is something that requires javascript to work, if I recall correctly. Please remove it from your userpage so we can clear out the wanted templates. Thanks. – Jäzzi 20:27, February 7, 2012 (UTC)

Template:USERNAME. It doesn't work it, it doesn't exist here. Removing it from your talk page would be nice as it'll just clog up Wanted Templates. – Jäzzi 20:33, February 7, 2012 (UTC)

I ask that your remove this edit from your userpage. As it's not a matter of typing it by hand, but it's a matter of using the userbox without permission as I actually did make that one for myself not as a template. – Jäzzi 02:27, February 12, 2012 (UTC)

Just to clarify, whether or not something was copied/pasted or typed by hand never has any bearing on if it is being plagiarized/stolen/ripped-off, if it's worthy of inclusion, etc. It is the content of what is being written that matters, how much effort it took to copy it is irrelevant.--FierceDeku 05:48, February 15, 2012 (UTC)

My statement was that how difficult it was to copy something is irrelevant when it comes to whether or not it should be used; this is true because the end result is completely identical regardless of the effort that was put into it. How difficult an addition is would be relevant in regards to how much effort the person had to put into making the addition, but that's different than what I've been talking about. The rest of my responses to this are on the talk page where you made a similar post.--FierceDeku 06:52, February 15, 2012 (UTC)

Also, delete everything else found on the page when you place the tag, so there's less of a risk of people being exposed to possibly harmful content. Admins will check the history for whatever the deletion reason was. --AuronKaizer! 03:26, February 22, 2012 (UTC)

"Better place to put it"

See this discussion. It was agreed that while series are widespread and well-known enough to warrant userboxes, making userboxes for standalone games would create the standard that every game, no matter how obscure, deserves a userbox, which could get out of hand really quickly. Xykeb Yvolix Zraliv 03:34, October 1, 2012 (UTC)

Just for the record

It would be nice if you didn't put words in other people's mouths by saying that "we" apologize for deleting comments or other such things. You're not the wiki's ambassador, so you can't represent other people's opinions. From now on, unless you yourself corrected something, just explain what they did wrong and give them advice on what to do instead. Xykeb Yvolix Zraliv 06:46, October 1, 2012 (UTC)

It's fine if you try to help people out by telling them what they did wrong and giving them advice; in fact, it's good that you do that. I just think that you should stop starting your messages by saying that "we apologize" for whatever reversion took place. Xykeb Yvolix Zraliv 07:38, October 1, 2012 (UTC)

The fact that you're helping somebody out should be reason enough for them to not take it the wrong way. You don't need to butter it up. Xykeb Yvolix Zraliv 18:12, October 1, 2012 (UTC)