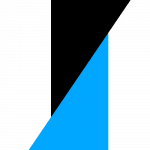 Of course I can! Actually, if you give me five colors, a quote, and an image, I can make it for you and then use the formatting to base it off. For example, you can see my wordbubble in the following section:

And then you can see how it works when I use it underneath this post:

I have white text, a black background, and blue for the accent color. You can choose up to five colors, but you have to have at least two (background and text color). I use a different font as I enjoy the look of that font, but you can use whatever font you like out of the following list:

To pick the colors and the image, you can follow this format:

Color1 and Color2 can be the same color, as well as Text1 and Text2. In my case, I use the line as an accent color and then use it for my links. And then for the sig portion, you can either place your signature, or a few quotes. And for time, you can either put a {{{time}}} section, or you can place something there, I do links to my subpages. Hopefully this helped! Jazzi 15:15, July 7, 2012 (UTC)

It's not bothering me, I'm here to help! You can find a list of names here. You can pick the color names, for example GreenYellow. Or you can use the code, for example: #ADFF2F. User:Jäzzi/Safe

I was the person posting the Oocca theory, I apologize as I didn't see your message until just now. I thought my computer was being wacky and not communicating properly which was why I posted again. Why was it deleted though, for that theory has come up a lot in certain circle the second the plot of Skyward Sword was released? Was there something I didn't follow properly?

is there a way we it can be better supported or worded, for I know for a fact a good variety of others also believe this, and after all it is a theory. It a very logical connection that I'm sure would make sense to people.

See I was eluding that Link and Zelda from SS were technically the creators of the Hylians and then the Skyloftians evolved into Oocca after Link and Zelda established Hyrule.

all theories have a way of being disproved or are controversial, and they were more after the loftwings to Oocca while I'm also after Skyloft people to Oocca. They also went on that it all looks artificial in City while skyloft was more earthy. well thats what happens when a village turns into a city. I feel it has enough support and evidence to remain on as a theory. I've seen many theories that include something that may disprove it.

You didn't actually read the talk page he linked you to. Unless Nintendo chose to retcon the facts they put in Twilight Princess, there is literally no way Skyloft and City in the Sky can be the same thing. Hylia created the former while the Oocca created the latter. Unless you're saying that Shad was wrong, which is not how theorizing works. Xykeb Yvolix Zraliv 18:20, July 9, 2012 (UTC)

Of course every theory can be disproved or is controversial or else it would be a fact. First you look at what supports this theory, well they are both floating cities and both have bird-like races living up there. Now disproving the theory are the facts that both masses don't look alike, the City in the Sky is floating with propellers there is nothing that suggests that the Oocca are the evolved forms of loftwings, and how can a race that can't talk talk evolve into a race that supposedly created the CitS and the dominion rod, and can communicate with humans. In skyward sword it states Hylia created Sykloft while Shad says CitS was made by the Oocca. There may be more stuff that I missed but I think what disproves it outweighs what supports it. Green Rupee 18:32, July 9, 2012 (UTC)

One of the theories that is there now says they may have been more humanoid in order to actually build things. Also it could have propellers because since the Goddess Hylia is kind of gone by TP they may have had to find an alternate way to stay afloat. Plus this theory is more widely know an accepted than is though and worth a paragraph. the evidence against it can be put in as well. Also shad's info comes from lore and legend, not necessarily dead on history, plus before it was in books it was probably oral, which isn't that reliable and can be easily morphed unintentionally. We have also seen language changes over time already.

Xykeb was right you didn't read all of that page I linked to. Read FierceDeku's comment. If you really want it to be in articles bring it up on a forum or something. Green Rupee 18:57, July 9, 2012 (UTC)

Just throwing in my 2 cents since I'm here anyways, I'm all for making it a theory even with all the disproving facts, thats what make's it a theory right.User talk:NaviSlayer (I still suck at this name signing thing)

This is going to be my last message here because we really shouldn't be having this discussion on the talk page of somebody no longer involved in the conversation. If you want to continue, bring it to a talk page or forum. However, I don't see any need because I don't think your argument holds any water at all. You see, the truth is, Zelda is a work of fiction. It is not real life, and we cannot use real life logic to reason. Technically you are correct, Shad's statements are not fact because they are drawn from legend. But think about this not from your own theorizing perspective but rather from the view of the developers. What in the world do you stand to gain by making Shad's information false but not hinting at it anywhere int he series? He says it as though it were fact and by all rights he seems to be correct about just about everything. Why muddle it with incorrect information if you aren't going to follow up on it in any meaningful way? There's no point. We take Shad's information as fact unless there is a clear indication he may be wrong. There is none. Don't respond to this unless you have a counterargument that does not include "Shad could be wrong". As for mentioning the theory along with the reasons why it cannot be true, it's not something we've really done in the past so that's really a wiki-wide discussion. Xykeb Yvolix Zraliv 19:09, July 9, 2012 (UTC)

How was the Skull kid Theory "A Very Forced Theory" I simply transfered the theory from the TP Skull Kid article to this one for inconsistency reasons? -sincerely NaviSlayer —Preceding unsigned comment added by NaviSlayer (talk • contribs)

Thats ok, just every time I looked at it i was like, "why is that there but not here" so I added it (and thank for assigning my name thing, I learn from example) User talk:NaviSlayer

Since you are apparently the go-to person for reporting to admins on Skype, or wherever they are, in case you didn't notice, here's another vandal. Sorry to bug you, but thanks. —Ceiling Master 14:28, July 14, 2012 (UTC)

Reported. Never thought I'd be a go-to person for anything but coding! But yeah, I report the vandals on Skype since it's quicker than messaging and, of course, it's part of my "push forums" personality. – Jazzi (talk) 14:30, July 14, 2012 (UTC)

It's the source for a Japanese name, which the article claims to know, but gives no source. In the SAME section, there is a similar name used for the ALttP enemy and it is given no source. Why is this allowed, and my edit is not? That is what confuses me here. Is it simply because I am not registered? Genuine question. 94.169.97.45 19:47, July 16, 2012 (UTC)

Sorry to labor this, I honestly never thought this would be a big deal, but the statement on the page is "the Japanese name of these monsters is "Zazakku", the same as the Japanese name for Dairas in The Adventure of Link.". Firstly, neither of these statements have any source cited. The first statement is correct, but it is not cited, the second statement is incorrect, and no source is cited either. Why so I have to provide a 150% verifiable source to correct a statement that has no source whatsoever and, with a only small amount of research into the matter, turns out to be incorrect? 94.169.97.45 13:42, July 17, 2012 (UTC)

The problem with your source is that it's entirely in Kanji (or Katakana I'm not sure what the differences is though I could easily look it up if I weren't so lazy) and not Romanji. No one can look at that source and say whether or not Dairas are called Zazakku unless they are already well versed in Japanese. That is why your source can't be used. I do however think that until the entire thing is sorted out the page should say nothing about Daira's Japanese names since we don't know for sure that whats there already is correct either. Oni Dark Link 14:05, July 17, 2012 (UTC)

... In all seriousness, I'm apparently not proficient in Internet enough to know how to put tags. Could links (and no, not that Link :P...) to the video on YouTube could be used in my userpage?

Thanks (and now, about that banning asshole... Teehee. He doesn't stand a chance! Let's just hope that he remembers to lock his door tonight...).

I have the Oracle of Ages manga, and it is Honey(the girl), who turns old. Darling(the boy), is the one who runs away in disgust. —Preceding unsigned comment added by Sil204 (talk • contribs)

My brain with it's fabulous ability to remember completely irrelevant info remembers the case to be as Mr Sil says. Look I even brought sources to be sure [1], [2]. I'm going to go ahead and revert the revert. Oni Dark Link 18:37, July 22, 2012 (UTC)

Just in case you didn't notice...

Uh, hi, I know I'm an IP and stuff, but I saw your userpage (which is great, BTW) and noticed something wrong with your Word Bubbles section: your Japas one seems to be displaying Nayru instead. Just thought I'd let you know. And yes, Word Bubbles rock and should be brought back. Anonymous (talk)

Retrieved from "https://zelda.fandom.com/wiki/User_talk:J%C3%A4zzi?oldid=428254"
Community content is available under CC-BY-SA unless otherwise noted.