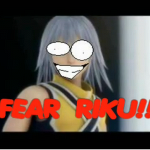 Hello. I noticed in a talk page that your signature needs to have an </font> added to the end. Otherwise it will turn all the text after it blue, instead of just your name. And by the way, welcome to Zeldapedia! If you have any questions, feel free to ask me or any of these fine folks. I've seen a lot of your edits and you've been doing a great job. Have you edited wikis before?--FierceDeku 08:48, January 16, 2012 (UTC)

Ah, sorry about that ^^; I copied Oni Link's timestamp's source code for the color but forgot the closing code. Thanks though. I've edited wikis here and there before, but not to this extent, mostly just editing typos and grammar mistakes. --IceFlame1019 (talk) 16:52, January 16, 2012 (UTC)

The one in the infobox isn't the best image, but I guess we can keep it as a placeholder until someone finds a clearer picture. The other one isn't very clear at all, and there's some smoke from a recently defeated enemy in the background that makes the picture look a bit messy. I'll have to delete that one again. For future reference, don't reupload deleted images without discussing it first. Jedimasterlink (talk) 01:54, January 17, 2012 (UTC)

A) Is there a Private Messaging or Chat system here or do all questions between users have to be under Talk pages?

2) Is it alright if I make a page for the Key Sculptures introduced in Skyward Sword so they're grouped together, since they're similar items with identical uses? (Golden Carving, Dragon Sculpture, etc)

Ð) Random curiosity, why is the Visual tab not available in Zeldapedia's editor? I was extremely confused when I first started here because the Help:Editing pages only deal with the Visual tab layout and don't give enough information for the Source code equivalents for stuff like linking to a specific part of an article. -IceFlame

A) On the wiki itself, all the messages are on talk pages. We have an IRC channel (#Zeldapedia-irc on freenode), but the majority of the conversation there these days is not even between Zeldapedia editors. As far as questions about stuff I don't know any alternatives to talk pages off the top of my head.

2) I'm pretty sure it's not in line with our normal standards to make a page like that. The game doesn't give them any overarching name or anything, so they are just given separate articles and connected via the See also. This is the kind of thing though that you can always make a forum about if you want to suggest that we add a page like that.

Ð)I'm not sure about this, someone else might be able to answer it. I'm quite surprised the tab is not available, because usually Wikia (the company which hosts Zeldapedia) tends to force any new changes they make on all the wikis they host (even when the users there are vehemently opposed to the changes). In this case it's a Wikia default help page, and apparently we are somehow not quite running Wikia's default editor. I'm sorry there's such a desync between their help video and the editor here. Just ask people here if you have questions about that.
As far as the linking to a specific part of an article, you can make a normal link, and put an # symbol after the page name, followed by the name of the section header you want to link to. For example, to link to the "Goron's Ruby" section on the "Spiritual Stones" page, you would type the code [[Spiritual Stones#Goron's Ruby|Goron's Ruby]], and it would look like this: Goron's Ruby.

A) I see. I was curious because I didn't want to clutter others' pages with my constant questioning, I tend to ask a LOT ^^; sometimes with stupid stuff that I don't end up seeing as trivial until after the fact x-x

2) I was curious about it because even though there's no "overarch" title, most other things are grouped together based on similarity such as clothes/tunics and I thought it'd be nice to organize. Since they're all sculptures made to be keys I call them "Sculpture Keys".

Ð) and IV) I've been making do so far by either copying the formatting from an existing page (which takes some time searching for the right pages) or having a browser tab open to the Zelda Answers wikia page, which has the Visual tab. And it's a Latin capital letter, "eth" :P the lowercase is ð. -IceFlame

Gonna butt in with a few things.

A) No, Zeldapedia does not have Special:Chat, as we decided against it. We do have Zeldapedia-IRC like Deku stated. But as he stated, it's not very much Zeldapedians. But if you need help, or want to discuss Zelda, since it's the Zelda channel, it'll be taken and we'll discuss that.
B) Already taken care of.
Ð) Zeldapedia disabled Rich Text Editor a while back. It had happened before I joined, I was confused when I went to other wikis and found this weird visual tab. So yeah, in a way, it's good, because without it there's more coding to do, but without it you can't see the page without previewing. I personally haven't used it since I learned how to disable it for myself.

To edit it, go to Template:IF1019 to edit it. I've used the File:Hylian Space.png as your image for now, you can check out this page for an image, or you could upload your own personal image if you don't already have one. And to use it, use {{IF1019|text=Text you want here|time=~~~~~}}

That'll show up as:

Don't edit other people's userpages, even to fix typos. Since I would have fixed that anyway if I had seen it, I won't undo it, but keep what I just said in mind for future reference. Jedimasterlink (talk) 15:54, January 24, 2012 (UTC)

It's not entirely your fault. You're fairly new here, and we don't have most of these rules written down, so mostly people wind up learning by experience. We've tried getting people to write down some of the rules in the past, but none of us have actually taken the initiative yet (and admittedly, it's a pretty daunting project). Jedimasterlink (talk) 16:00, January 24, 2012 (UTC)

I see.
I just spotted typos and fixed them, typos tend to bug me. I did some searching when I first joined to see if there was a list of rules...guess I know now where that is xD;

Would it be easier for a list to have a forum thread listing things as people come across them rather than leaving one or a few to compile the list? ô-o IceFlame 16:04, January 24, 2012 (UTC)

That's not a bad idea. We do have some abandoned forums about this, so we could propose something there. Jedimasterlink (talk) 16:24, January 24, 2012 (UTC)

Hello IceFlame, I'm assuming I can call you that, if not just let me know. Anyways, I'm Jäzzi. You can call me Jazzi though, everybody does. My previous username (I got my account renamed) was BassJapas. I'm a rollback here at Zeldapedia, and I've been here since April 22, 2010, so this'll be my second Wiki birthday! I made the Monobook theme for Zeldapedia and I'm pretty good with wikitext so if you need any help I can help out. I love helping. My talk page is always open for help or just for leisure conversation. You could also join me in the IRC, although the majority of the users are not Zeldapedians, but regular Wikians. How about you? I'd like to get to know you as well as the other users I know. Hope you enjoy your time here! Your editing has been pretty good as of late! – Jäzzi 20:11, January 26, 2012 (UTC)

I saw on your userpage you've played Metroid Prime Trilogy...Out of curiosity, which is your favorite of the three? -Minish Link 19:42, March 4, 2012 (UTC)

I did love all three of the games myself, but I have to say Echoes is my favorite just because of the atmosphere in general. I also loved pretty much all of the overworld...some of Dark Aether was a bit of a pain, and so were some of the boss fights (namely the Spider Guardian), but yeah, overall it's my favorite. 'm going to go ahead and say Prime is my second favorite and Corruption comes in last. I did love Corruption, I just didn't like it as much as the other two. -Minish Link 20:54, March 4, 2012 (UTC)

Long wait is long. Anywho, I don't have a set favorite from the three. I liked Prime for the story and somewhat easy action, Echoes for the puzzles, and Corruption for the story and addition of some novelty to the series. IceFlame 22:17, February 27, 2013 (UTC)

well hi there i see you are A GAMER

Just a notice, if anyone actually cares, I don't expect the Skype group people to. Due to life stuff, and the Zeldapedia Skype chat pretty much being an exclusive clique, I'm no longer active with this community. I might correct a few typos while browsing stuff here and there but for the most part I'm done trying here. I was hoping this would be a decent community but now that I've seen the true colors, it's not worth my time.

Thanks for the support, Ceiling Master and others, but the more active part of Zeldapedia's community is not worth the stress of trying to work with. Or even interact with. I don't know what I expected though. Since "this is the Internet" and all, as others love to throw around as an excuse. My apologies for being another irritating noob.

Retrieved from "https://zelda.fandom.com/wiki/User_talk:IceFlame1019?oldid=446005"
Community content is available under CC-BY-SA unless otherwise noted.