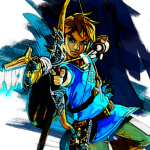 K that is cool; I'm relatively new to the wiki and was a bit surprised, that's all. I was still catching on to the wiki rules when I posted the Impa thing and some other stuff and if the authorities delete the stuff I post, well, they know more about all this than I do. Hylianhobbit (talk) 15:38, July 6, 2014 (UTC)

He's not patronizing you. You're actually patronizing him. It was not an insult, he was just pointing out (like I did) that you never actually signed AK's page. And besides, that's not really how userboxes are supposed to be used. You pick and choose before you put them on your page. —Ceiling Master 14:39, August 16, 2014 (UTC)

You can mark a page for speedy deletion by using {{D|Reason for deletion.}} this template. You should also remove everything from the page and leave only the template. Green Rupee 23:21, August 25, 2014 (UTC)

Yeah, I'm that new guy on this wiki.

Mind, there are a few reasons I believe there should be seperate pages for Skyward Sword Bokoblin species. First of all, they're too diverse to fit in one article. There is the matter of the Red, Green, and Blue types, as well as ranks in them such as trooper, leader, archer, and bomber. Secondary, why would Fi in the game classify them as being different? I know since I'm just getting used to the rules I sound like an idiot but if this cannot be fulfilled, at least let me reorganize the Bokoblin Skyward Sword section in the article.

dont blame me for the sucky resolution, every time i take a picture its like that. Unless i put my device really close to the screen. And that spot is in Zora's Fountain. --Masterofcorn (talk) 21:54, March 1, 2015 (UTC)Masterofcorn

If you can't get a good picture, then don't put it on the article. This is a wiki, so we have to make it look official, and no offense, but having crappy offscreen pictures on articles doesn't exactly help us do that. Also, we only mention and show glitches on glitch pages, so if you do find a good picture of that, you can post it here. HH

... Ok, it's not a glitch, i used my gameshark to reach an innacessible spot in zora's fountain. I even did a short video showing it on my youtube channel. If you want to see it, my username is the gaming bear wolf --Masterofcorn (talk) 03:28, March 2, 2015 (UTC)masterofcorn

You are really trying to so that the Gamecube version isn't the original look at the development history behind Twilight Princess the Wii version was made after the Gamecube version was started and nearly done by what we can tell we have it on the games page the only reason it came out first was to be released alongside the new system to boost sales Sonic and All-Stars Racing Transformed did the same thing. As to the being blocked it's because I don't take people being idiots at all every time I was blocked it was because someone did something stupid that made no sense it's gotten to the point where I try to compromise with them. Sonamyfan666 a Amy Rose Expert and fan (talk) 04:10, June 16, 2015 (UTC)

Retrieved from "https://zelda.fandom.com/wiki/User_talk:Hylianhobbit?oldid=469151"
Community content is available under CC-BY-SA unless otherwise noted.