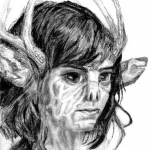 Hey there Sir Real, like your username kinda funny. Now, I'm sorry if this is going to trouble you but you have to much profanity on your user page. While I myself don't have any problem with it, Zeldapedia is open to users of all ages and we don't want anything that will upset anybody. So would you please either censor the words, or remove them? Thanks.-- C2 / CC 01:34, December 15, 2009 (UTC)

Yeah. I had to censor the words on your page, and I know you have been on inbetween these two messages. You can't just shrug things off like that around here, not you nor I nor anyone else can simply shrug off an admin's message. There would be no order. -- C2 / CC 00:35, December 18, 2009 (UTC)

Reply to the past two messages

The thing you were just saying with the Bokoblin telescopes that have blades and turn into machetes sounds off to me. I think it may be a glitch that causes the Bokoblin to wield both items at the same time. I believe they then drop a machete only because telescopes are not a droppable weapon, and simply vanish along with the Bokoblin. This may happen if a free machete is near a telescope wielding Bokoblin; if said Bokoblin is programed the same as if it had no weapon (makes sense as the telescope is not a separate object that can be dropped), it may pick up the machete like a normal Bokoblin, and as the two intermingle they appear to be a bladed telescope. That's what I think anyway. Can you elaborate on the circumstances you saw this in?--FierceDeku 23:12, February 11, 2011 (UTC)

Did it look like in this video? If so that would line up perfectly with the glitch I was proposing earlier. Thing is I never remember anything like that happening, and I just went back and looked and there were no blades or machete or anything. While bladed telescopes could happen, telescopes transforming into machetes doesn't make sense, so I really think this is a glitch. Also, I've never known a telescope wielding Bokoblin to attack with the telescope, they only use jump kicks. What version of the game are you using, and have you noticed any other weird happenings? I'm copying this section to the Telescope talk page so we can get other people's feedback on this too.--FierceDeku 00:29, February 14, 2011 (UTC)

While your adding all those sticker sections could flesh them out by explaining what they power up and what characters can use them. If you don't have that kind of info on hand could you give them the sub tag because they look kind of bare as they are now. Oni Dark Link 23:08, February 24, 2011 (UTC)

You're word bubble text is nearly impossible to read. It seems to already have been discussed here. It's really hard to read something that looks like this is to read?. The font and the color are impossible to read. I don't know if it's just my computer, or not, but this is what it looks like on mine http://www.shoutwiki.com/w/images/images/6/63/Talk_Template.png

If it looks like that on other's computers, to the point it's unreadable and they have to highlight the text or go into edit mode to read it, it's probably a problem, and if it is, I doubt I'll be the only one who would appreciate a text change. There is a list of supported fonts here.

"Zelda" is a Disambig Page

If you saw the recent edits you probably already know this, but Oni noticed the SSBB sticker info you've been adding links to "Zelda", which is actually a disambig page (the character is on the "Princess Zelda" page). We've gone through and fixed everything that links to "Zelda", and I think you were actually done with the sticker info anyway, but just letting you know for future reference/wouldn't hurt for other people to see this fact while browsing the recent edits.--FierceDeku 16:47, February 28, 2011 (UTC)

I agree with using just plain Zelda since that's what she's usually called in Smash. Other non-smash instances would just be subject to whatever fits the context best. And by the way, I now and forever declare Sir Real's talk page to be the official forum for such discussions, as that is obviously better than talking about things on those antiquated... well, forums... :p --FierceDeku 21:38, February 28, 2011 (UTC)

Thank you, and yes, I did see that. I'll make sure to be careful about using the power...the absolute power...~~Sir Real

A Message of Congrats and Help Related Things

Hi Sir Real, I was wondering if you could vote in the Monobook Theme forum? We have ten straight supports so far, but since you are a heavily active contributor on this site, it'd be greatly appreciated if you could voice your opinion too. We just want to make sure that all of our heavily active users have voted and voiced their opinions so that it's not a shock when the skin changes and they weren't ready and don't like it. Thank you. --BassJapas 21:20, April 15, 2011 (UTC)

Hey, just wanted to say that I love your Firefly quotes, and that I think it's cool that you also like Firefly. LINk11's new alias: Zant's Faithful Servant

Possible areas to look into

Just dropping by, wandering around. I don't usually edit here, but as your IRL friend, I'd suggest you look at the theories for your favorite dungeon. Some sound like fan-fic material. --Nixeu (talk) 00:58, October 24, 2011 (UTC) Edit: Also, look at the theories on the boss of the game that dungeon was in...I was shocked by one, it's pretty baseless.

I've run into some hard times at my old wiki. It's been moved out of wikia, and, long story short, I've kinda decided to contribute elsewhere, namely here. I'm probably gonna stick to what I do best: fixing spelling and grammar. --Nixeu (talk) 01:23, November 10, 2011 (UTC)

Categorize them. You shouldn't have to be told this. You have rollback rights. You're a trusted member of this community. You should know you have to categorize images. – Jazzi (talk) 02:33, August 29, 2012 (UTC)

The figurine description calls them bolts, and that description just happens to be the quote at the top of the page. Anyways, it looks a little odd when the quote says one thing and the article says another. Green Rupee 23:25, September 12, 2012 (UTC)

Figured putting this on the wiki will get the point across better.

Hi, I know I've mentioned this quite a few times in Skype, but I'm going to ask that you stop doing the entire Temple of Courage formatting. I asked for introductions not the entire formatting to be done. If you want to do the entire formatting case, you're going to have to learn how to archive the Temple of Courage, the Suggestions page, the Former Matches, and manage the Template. I asked you to do the introductions. I'm going to ask that you do the introductions and leave the rest to me as that's the part that I do. Thanks, – Jazzi (talk) 18:04, October 14, 2012 (UTC)

Hey man, just wondering why you'd revert the corrections I made to the Epona page. I'm a horse breeder, so I have extensive knowledge of equine color genetics and the expression of phenotypes. I just thought it was weird...

I noticed in ToC that you had a picture, as I've said before. Well, I was wondering how to keep a link to your page on your sig. if u have a picture, because I have a pic, but I can't figure out how to restore the link. Please help!--

Not new to wikia, but new to here. IS there a rules page or something. I'm sorry, didn't mean to cause a big deal :( Anyways thank you.

Hey, I'm leaving this message on the page of every regular user that I can see that's edited in the last few days to make sure this forum gets circulated. It'd be great if you could hop over and add your input. Thanks! —Ceiling Master 00:39, June 17, 2016 (UTC)

I'm going to piggyback of Ceiling Master's header and promote this forum Forum:Hyrule Warrior's Canonicity. It'd be great if you can pop by and give an opinion or two. Oni Dark Link 04:13, June 25, 2016 (UTC)

Hi Sir Real. Could please add the new thing you are added in the related list, for example any new locations to the List of locations in The Legend of Zelda: Breath of the Wild? It will be very helpful! It is a long work to search for new pages people added and complete those lists. Thank you a lot. WiseAdventurer (talk) 10:45, March 8, 2017 (UTC)

Retrieved from "https://zelda.fandom.com/wiki/User_talk:Eyewarp?oldid=545047"
Community content is available under CC-BY-SA unless otherwise noted.