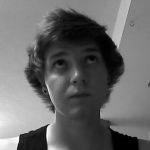 Im thinking How about the picture at the top (not linkin park) and the colors are tan and black and my bubble says Shadow and light are two sides of the same coin, one cannot exist without the other. Is that a good idea?

Alright thank you man all get on later and see it then, thanks again.

Thank you very much. How bout this picture(Above)Its a different picture

How do you align your userboxes? - BB&W

Ganondorf's true form's not Ganon, it is Gerudo. Onox even SAYS a dragon is his true form. Ganondorf only turned into Ganon cause he can use his power to turn into Ganon. It is not his true form.--Shade Link (talk) 14:44, 22 August 2009 (UTC)

Retrieved from "https://zelda.fandom.com/wiki/User_talk:BetweenBlack%26White?oldid=347003"
Community content is available under CC-BY-SA unless otherwise noted.