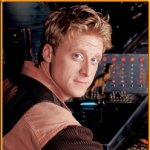 At least i was watching. its good to know that its being watched, than not. --C2

ok, here is what happened. I made something on my page that you vote on, similar to ToC, but it is me vs Link. Right after this user voted, the pictures weren't there anymore, and I cannot get them back. Also, it seems after he voted, some, if not, one of my images was messed up and replaced by a blue link.--Shade Link (talk) 14:51, 28 July 2009 (UTC)

Remove the block on me IMMEDIATELY

Hope you don't mind me butting in, but he could go correct some spelling or something on another wikia as an anoymous user and that would tell him his IP; that is, if the block doesn't carry over to another wiki. Just a thought.(Darknut15 (talk) 22:52, 29 July 2009 (UTC))

What's that supposed to mean "Go to the FFWIKI with your f-bombs" and plus I only said it once.You take things so serious around here. Marexl (talk) 04:59, 5 August 2009 (UTC)

Then show us you're sorry and behave.—Triforce 14

He might have a pissed sibling that got on his computer and made him look like a complet moron, or HoC has split personality disorder.Green hat (talk) 21:26, 22 August 2009 (UTC)Mr.Green hat

already reported it to joe. deffinately, a vandal no question about it.--C2

Bek, http://zelda.wikia.com/index.php?title=Timeline&diff=prev&oldid=164464 that is vandalism. the other two deserved a warning, that is......more.--C2

so yeah i clicked new section and it didnt post one, my apologies...but anyway, though i am no one on this message board ive been using this site to help put together a timeline of sorts in my head, and one thing i wasnt settled on was under the Hero's Bow page it says the bow in Twilights Princess is from Majoras Mask, i believe it to be from A Link To The Past, at the end you see link place the bow in death mountain and a message says "in case another hero should need it" or something to that effect...i also believe link to the past comes before twilights princess, so between oot and twilights princess but i dunno, figured itd be better to run my ideas by someone who is someone on here... Trevar(DominusTenebrae@live.com)

i was just randomly looking through a page history and noticed this IP the last edit it made was almost 2 years ago and was wondering what do we do for a clear vandal that wasnt blocked, who last edited over a year or so ago?-- C2 / CC 23:04, 29 August 2009 (UTC)

Retrieved from "https://zelda.fandom.com/wiki/User_talk:Bek_The_Conqueror?oldid=457367"
Community content is available under CC-BY-SA unless otherwise noted.