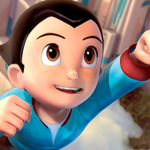 So you know how Leekduck always adds something really left-field and is poorly worded? Well AK, Joe, and myself have gotten sick of it. A few hours ago Leekduck began adding this to the Pond Owner, and Man from the Trading Post pages. Joe reapetedly undid it on both pages, and he added it back. After about 8 changes on both pages, multiple chances for Leekduck to reword it, Joe got sick of it and blocked him for two weeks. That's about it. -- C2 / CC 22:44, October 18, 2009 (UTC)

Don't forget the part I played in this jolly soiree. I was the Sidious. ...Or are you talking about a completely different fight than the one I witnessed and will use as leverage should you guys ever become a threat? Hey look a shiny! --AuronKaizer! 22:52, October 18, 2009 (UTC)

Actually, there's other stuff too. He messaged me on Zelda Fanon (which I never visit anyway, but seeing as he was blocked, that was his alternative), and started whining about how Joe was an idiot. Eventually it went to the IRC and he told me he was planning to contact Wikia staff, and that he planned to make a humor Zelda wiki. Xykeb Yvolix Zraliv 22:48, October 18, 2009 (UTC)

Because all the people that Joe blocks are immature brats. How many Zelda wikis will we have then? Four? And then there's ZW of course. Man, this is ridiculous. Xykeb Yvolix Zraliv 22:53, October 18, 2009 (UTC)

The concept of proper grammar was copyrighted and now we can only tyep liek tihs. it's dirucolusous. --AuronKaizer! 23:00, October 18, 2009 (UTC)

Shade Link tried the exact same thing with me. He messaged me on Zelda Fanon and tried to convince me that Joe was some sort of malevolent dictator who bans all who oppose him.--MaloMart (talk)

Ha, you've got some catching up to do. And Leekduck is starting another humor Wiki? I honestly can't stand those things. How can you tell what's vandalism and what isn't?--MaloMart (talk)

In that case, I'm honored to take your creation! I'd also be honored if you took mine:

I noticed that if I put Lisa URAQT, the URAQT gets bumped onto the next line. I think just Lisa works, bc it's not like there's any other Lisas here, and no one tacks the URAQT onto it when they're calling my by name, anyway. And also, feel free to borrow/steal any of the userboxes on my page, if you'd like. :D —Lisa URAQT

Mind following the rules for the ToC suggestions and actually posting a reason for your votes? If not, they will be removed. --AuronKaizer! 23:34, May 20, 2010 (UTC)

Yeah, you don't find many people who like it. My friends all thought I was weird when I'd eat my pizza with ranch during lunch in the end of 8th grade. I picked it up during group therapy when no one brought lunch and we ordered pizza. It's cool to find another person who likes it. --BassJapas 18:40, February 20, 2011 (UTC)

Thanks, I had gotten sick of my other signature and seeing the missing character symbol on all computers but mine, so I figured it was time for a change, two of my favorite colors. --BassJapas 18:45, February 20, 2011 (UTC)

I was originally on my desktop, but I had to do some stuff because everything I was saving was going about as "Jazzi"_2 because when I made my account on my computer, there was already a "Jazzi" account just renamed, so I had to fix it so it'd just say "Jazzi" ("Jazzi" because I don't really disclose my first name). And then I had to use my laptop during that time, and my laptop is very bad since it has gotten the blue screen of death and wouldn't work for a year, and so I had to close the channels I was in because it was lagging with the 5 other channels I was in and the network tab. And then it got fixed and went back to my desktop. --BassJapas 19:06, February 20, 2011 (UTC)

I understand that you are the one who created the Zeldapedia Twitter account. Since you haven't done anything with it, I would ask if you would give control of the account to me. I could use it in conjunction with the Youtube channel to get the Links to new videos distributed. --Birdman5589 (talk) 06:49, February 24, 2011 (UTC)

Retrieved from "https://zelda.fandom.com/wiki/User_talk:Baltro?oldid=468304"
Community content is available under CC-BY-SA unless otherwise noted.