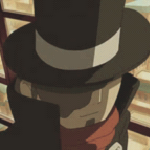 Plug on ALL the wikis!

Hello, and welcome to my userpage! This page is either to be informative about me for you since you are reading about me for some strange reason, or it is for me to gloat about how awesome I am in every way, but either way, I must be awesome or else why would you be here?

You may have (or may have not) seen me before. I frequent several other wikis and am a chat moderator on Wikia Community Central.

As for Zeldapedia, I'm just a regular user who wants to help out. I may not seem the most active, but I'll usually be stalkpaging around the recent changes and #cvn-wikia-zelda.

If you wish to talk with me, congratulations, there are several means of doing so!

For my yet-to-be-finalized list of games, see my Last Level user page.
Zelda games I own

Games I am currently playing:(or are on list of 'to play')

I adopted Frank Sinatra Wiki back in late 2011, and have since brought the place up and running into a large hub of Frank Sinatra information.

After the failed merged between Encyclopedia Gamia with Video Game Wiki, Jazzi and I founded Last Level – "your first and last stop for all your gaming information."

MarioWiki was the second wiki that I consistently edited, and since then, I have become a valued member of the community and help out the wiki in any way I can.

Have a wiki, but not a Monobook theme? Well, the Monobook Wiki team is here to help – just look at our Portfolio.

Probably the smallest wiki I frequent, the Nat King Cole Wiki has a lot of room to eventually grow into a larger and actually functioning community. However, I seem to not have the time to work with it as of late.

The Michael Bublé Wiki, along with the Nat King Cole, was somewhat a "flop" as well. That doesn't necessarily mean it can't be anything in the future, but more so of "I can't really find anything to do there" at the moment.

While at the moment Pokémon Wiki is on its way to move to Curse, I am still an active rollback and chat moderator at the wiki.

Thanks for visiting this subpar userpage on this third-class wiki. Please, if you would like to use up a few minutes of what precious time you have, leave your name below, bubble or not:

Retrieved from "https://zelda.fandom.com/wiki/User:Wattz2000?oldid=432907"
Community content is available under CC-BY-SA unless otherwise noted.