I sleep a lot.

Too short for you to notice

16 pounds on the moon

I'm currently in my junior year of high school.

I'm in my fourth year of Spanish; I'm also taking a programming class. I took two years of graphic design, and a year of web design. So, I guess you could say I know a bit about computers, but I'm not going around thinking I know everything there is to know.

I'm on my school's cross country team and the track team. I'm slow, but that's okay.

My friends and I are in a fake band. It started when we had to make a project for our driver's ed class, and the teacher said we could pretty much do whatever we want. We changed the lyrics to Check Yes Juliet ("DRIVE BABY DRIVE!") and our fake band name is Highway Hypnosis. Our fake band logo is the RxR sign, except it's HxH. I must say, we'd be pretty legit...if any of us had any musical talent. At all.

I enjoy music. Alternative, rock, oldies. I can hardly stand to listen to rap or hip hop or whatever you want to call it. Unless, you know, it's a good song. Like, "Where Is the Love?" I love that song. I don't listen to pop much either. I do have Aaron Carter on my iPod. No Hannah Montana, Miley Cyrus, Jonas Brothers. Give me a break.

LoZ Games I Own

ATTENTION: You really don't have to read all of this. It's just me rambling about my childhood memories.

Having two older brothers, I pretty much grew up with video games; my mom still has home videos somewhere of me, holding an NES controller, thinking I was playing the game, when I was really just watching my brothers...

ANYWAY, I started actually playing around five or six, when my brothers would let me ride Epona around Hyrule Field in OoT. As I got older, it went from riding Epona, to actually figuring out how stuff worked in the game, to completely familiarizing myself with every location, character, item, song, and whatever else I could find in the game... except for the actual storyline. Remember, I was still running around on my brother's already completed file. And then I created my own.

The first thing I thought when I started my new game was, "Well this sucks. Where's my sword?" The next thing I thought was, "Where are my items?" This was followed by, "Okay, I got the ocarina, now why can't I warp anywhere?" I was still pretty naive at that point. I thought I knew everything there was to know about the game... Slowly but surely, I got the hang of it. And the legend of Zelda was born in my life.

As my interest in the series increased, my brothers' decreased; nowadayz, my brothers have all but forgotten the Zelda games (they're too old, too "cool" for video games), but never fear, I picked up where they left off.

First OoT, then MM, WW, OoS (I think?), TP, PH, the original, AoL, and Spirit Tracks have made their ways into my heart. There are still more to come... Link's Awakening, ALttP, OoA, Minish Cap, Four Swords and FSA shall come into my collection someday. And let's not forget the new Zelda Wii! I'm so excited!

Miscellaneous Info about the Games

These are some random tidbits, opinions, and theories I have or believe about the Zelda games.

I'll write down more as I think of it.

I'm still learning how everything works around here. I took these from Xykeb Zraliv, Richard1990, and Lisa URAQT.

Yay, tables! Uh... I have this section here, but I don't know how to make them. Hehe!

I don't know why people have these sections, 'cause isn't that what the talk page is for? Whatever. I have it here. Go ahead and sign, if you want.

firsty. and people do b/c they want to know if anybody has looked at their page.--C2

or does it????? and you talked on your sig section, thats weird. but hay happy editing!--C2

My page isn't that great, but I'll be working on it. If you see an error on my page such as a spelling or grammar mistake, typo, etc., please tell me, because I'm obsessive compulsive when it comes to this and I'll make mistakes without realizing it and it drives me NUTS.

If you want to talk, I love discussing all things Zelda and anything else you might want to talk about. Leave me a message on my talk page, or send me an e-mail (once I make up a separate e-mail address. Can't be too cautious on the internet!). 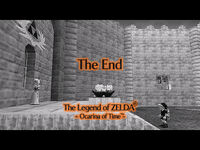 Retrieved from "https://zelda.fandom.com/wiki/User:User3000?oldid=406460"
Community content is available under CC-BY-SA unless otherwise noted.