Hero of Winds, the one free man, ghkj2

AND A MESSAGE FOR YOU BEFORE YOU START LOOKING AT MY PAGE...

I have made a choice. Im gonna take a wiki break. i will be on alot less than usual

hey ummm ive rly moved on and its been like a year scence ive been here. you you care enough to read this than thnx. now adays spend my time on my xbox, and listing to hardstyle sooo yeah.................

Hey. Well I guess I recently stumbled upon this wiki again. Oh boy it's been a while. It's quite embarrassing to read over this poorly spelled and immature content but at the same time It provides some great nostalgia. Just thought I should upload a kind of commentary 5 years later in case someone stumbles on here. I'm really surprised this is still here. I'm just gonna leave this heaping mess and maybe come back in another 5 years haha. Anyways nice to see that the wiki is still doing strong. Be right back, I'm busy being a narcotic addict.

my name is Daniel but on the internet im known as ghkj2, halflifenerd and Toonlink. My favorite video games are halflife all the legend of zelda games (excluding the disasters known as the cdi zelda games and the tingle games.. unnnnn) I have played all the games except Zelda 2, zeldas adventure and the crossbow training . I really want to draw toon link but i can draw well sometimes....(ok i can't draw anything but bloody stick figure battles i only have an n64, a gb(the original), a gc ,a famicon, a gba and a ds. I dont hate Navi's anoying "hey" "watchout" and listen (but sometimes.....). some day i hope to own all of the games. currently im helping Wolflinklover123 do up his page.if you ever saw me play a LoZ game you would be bored in a matter of seconds. I TAKE MY TIME to play the game talking to every body i see and go everywhere i can. The only problem is i'm bad with names of bosses and monsters. when not on Zeldapedia i spend my time makeing modd for half life or cheating on it or beating it of what ever i can do with it. Toonlink has a 28 year old brother and a 26 year old sister Note: I said sister and brother not step sister or brother. I am also probably the Laziest user on Zeldapedia so dont be afraid to hate me 4 that. oh ya and my youtube user is [[1]] so anyways have fun on my page if u can... oh ya. im the class known as a talk page stalker[2] IF you some how got lost and was looking for the other toonlinks please click on the link thanks toonlink 46 Toonlink 47 for a updates and a place to find me please to here [[3]]

reasons why i shouldent be an admin/rollback

ok well I dont watch tv that much but my favorite shows respectively are: Monty Python's flying curcus(Ive also herd its called 'And Now for Something Diffrent') Robot Chicken, Dr. Who (yes just like Mr. kiml) and the 60's show Get Smart (it's just as funny as the new movie)

For Movies I love Jurasic Park(you may not beleve me but ive seen it 53 times and counting) , Get Smart(the new movie) oh and Iron Man was good too . I think that the movies that are comeing out are stupid

the other games i like are half life (yes even the old ones) halo ,starcraft, AW, call of duty, brotherrs in arms, super smash brox (i have the first 2). as you can tell i like strategy, firstpersons, and war games.

my musical taste(wait how can you taste music?)

im Probably the only person on ZP who listens to Techno, Trance eurodance.(witch all 3 i realy call techno). on my r4 hacked DS (note i actualy bought PhG) i Lisen to 2 types of music. Techno (Trance, Eurodance) and LoZ music. even thought i had to stop takeing piano lessons a few years ago i still play my own music and LoZ Music (ex: i can play the overworld theme and the LoZ title theme ). If you have a question about a song in LoZ ask me (but god dont ask who rote them ect). now i play this thing caled an [4].

ok so this is the them for sweet half life the mod. it has a cool song that includes some dialog from the orginal game.

ok well LL told me about the best site in the world well actualy zeldapedia, youtube and runescape (just jokeing about runescape). there you can download alot of zelda titles (not bother downloading them all at once you need to pay for that oh and you have to own the game it comes from. or if you live in Canada like me then just download away. here it is: [[5]]

you guys may call me gay for this but i do cross country skiing... not the gay stile. im on a raceing team. i also used to do biathlon (shooting and sking) infact i shot an old guy once by accident. i also did badminton but my dad hates sports so i dont like hockey foot ball ect. but i do like scocer ok you you guysmay

my other intrests are studying WW2 and 1 air planes and all WW2 and 1 battles. i also love lego! its the best! i makestop motion animations with them. hey i might even make a LoZ one.

{{userbox|red|white|[[File:LOL.jpg|px60}}|this user dose not suport link is a vampire}}

so this is where i will put a list of friends. feel free to ad yourself (i have to have talked to you at least)) it is not from best to worst MS LL Mob relyt Linket Zebraa Wolfy PGU27 Swordkirby55

heres a list of my friends.....ma gang...LoL just jokein, but anyways i know thease people in real life. i was the first one to come here and i told thease people about this site. 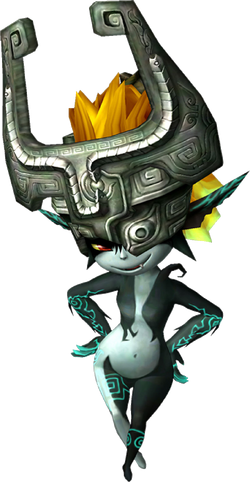 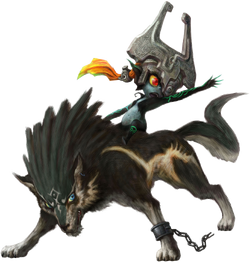 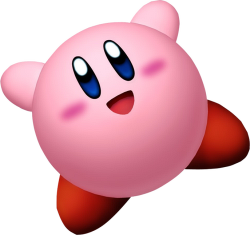 OK OK I know that you all have things on your pages that talk about all your timelines but mine is .. well I don't got one. ya wana know why?(ok I kinda have one) well im certain that the games up to Oot whernt meant to be in a time line but as for the rest well I know that Oot splits into 2 time lines one with adult Oot link and the ohter young Oot link. only someone with a lego brick for a brain dosent think that Majoras Mask comes after in the Child time line and windwaker and phatom hourglass come after the adult one but I dont know where oracles, 4 swords , adventures and minich go? any feed back? FEED BACK:

me and the loz games

ya so unnn il just do this to tell you how new i am to the loz games.

1. The Legend of Zelda: Link's Awakening

My first Loz game but I only played it for 3 days then got bored of it. I was only 6 and i had it on the original game boy. it was my 26 year old sis that had it. at the time I thought that Links name was Zelda and link was the girl that finds you at the beginning of the game.

== 2.The Legend of Zelda: Oracle of Seasons== My second Loz game was not mine but a friends. I played it in the mountains in B.C. in a remote hut on a mountain. surprisingly I beat it and instantly got hooked on the games but i still thought that link was Zelda.

3.The Legend of Zelda: Ocarina of Time

Well 5 years ago my ps3 was stolen so my... Brother in law gave my a 64 because he was felling sorry for me. he also game be a few games one Oot and one MM but as soon as I got MM my cousin asked for it and well ummmm.. he dropped it in the toilet but I played and beat Oot. so far i have had 3 people ask me for it but i cant its to fun.

4.The Legend of Zelda: Phantom Hourglass

this Christmas my bother got me Phantom Hourglass. im still trying to beat it. it a good game..... damn those phantoms.If you watch me play you'd get bored cause i love to talk to every.

5.the Legend of Zelda: The Wind Waker

one of my fav games is wind waker. thanks to Wolflinklover I now have WW. still havent beatin it.

6.The Legend of Zelda: Twilight Princess

I looked for this everywhere and i finaly found it:) so now im playing that game too its lots of fun.

7. The Legend of Zelda: A Link to the Past

my friend suddenly disided that he wanted his snes back. so no more ltp

8. The Legend of Zelda: The Minish Cap

9. The Legend of Zelda

well i knew i had a super famicom but i dident know i had the original! well the only problem is my Japanese isn't..... that good. i can even put in my name.

this doesn't exactly count as a zelda title but.... it sucks my cousin didn't want it... she said it was to boring. it SUCKS!!!!!!

note:these are just ideas or things i make when im bored 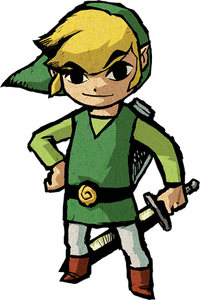 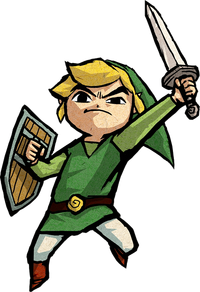 NOTE:THIS IS ONE OF MAI FAV GAMES THE ORIGINAL HALF LIFE

THank you for helping me! I got in trouble for no reason a week ago on the transformers wiki. Please help me! and could give me your friend code?

It is okay. Can we be friends? p.s. i need help getting a picture of link on my page.

Signing your page, because the red letters at the top are hinting that you'll kill me if I don't. >shudder<...

Hello, you don't know m but I wanted to say hi, so hai!!!! Inksplotch

hi im signing too :D. PS: how can I join that organization "Seven Sages" that you own?vlink

This Evil Overlord List was made by Solar flute i give full credit of the first part to him. Part I 1. If my henchman fails to capture/kill the hero, they wont be destroyed. They will instead recieve a lecture.

2. To dertermine if my henchman are competent enough, they willl have to make a resume and have a job interview.

3. If I put a self destruct button in my base, it will not be clearly marked, huge, or red.

4. If henchmen die, There family will recieve insurance money and I will arrange and attend their funeral.

5. Henchmen will have name tags and be refered to by their name. A happy henchman is a good henchman.

6. There will be multiple escape pods. Enough for me and all my henchman, along with a seperate few to my gators and crocs.

7.I will have both gators and crocodiles. That way I can promise the hero I won't use any gators on him, and later dump him in a crocodile trap. I will tell him that they are crocs while he's dying.

8. If more then 20 henchmen die, I will press the evacuation alarm.

9. My lair will include, among other things, a hospital and a starbucks.

10. If my superweapon has a weakness, I will cover it up. For example, if it is a small hole that can blow up the thing if you shoot at it I will turn my weapon so that the hole is facing the wall. Part II