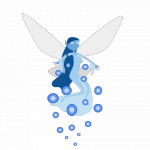 aka Princess Zelda of Hyrule

More at the bottom of my page

I guess that time in front of the Spirit Tower when CC murdered me...

wherever I decide to sleep

it sucks. I don't start getting paid until I'm 19

I'm a cm taller than my mom, who is a cm shorter than someone 4ft 11in

before I was a spirit? 80 pounds Now? weightless

While it seems I only own the Spirit Flute in my game, when someone is not playing Spirit Tracks (we video game characters have lives outside our games, you know; Toon Link from the same game loves My Little Ponies!!!) I get my clarinet out of my closet and play that in my free time.

I also play Pokemon, Animal Crossing, Mario, and a little bit of Kirby.(AKA I play alot of Nintendo) When I go over to the Fire Realm to visit my stepfamily, I also play Super Smash Bros. Brawl. My specialty character(until I get Toon Link, probably) is blue Kirby

I like Star Wars a bit, too. It helps to like it when your mom is a HUGE lover of it, too. My favorite character from it is Mara Jade and I wish that she appeared in the movies (OK technically, she did, but you didn't know it was her). I have dressed up as her and Leia for Halloween and my brother has dressed as an Ewok for his FIRST Halloween (again, my mom also LOVES it).

I like to draw, too. I also want to be a writer. You know who Meg Cabot is? I want to write as many as her. If you didn't get the gist, I love to read, too. And again, it helps that my mom likes to read, too.

I am in my Series of Unfortunate Events phase right now

I just have a typical family, I think. I have a mom, dad, stepmom, stepdad, stepsister, 3 stepbrothers, a half sister, and a half brother.

My parents got divorced when I was young. I live with my mom, Kate, and my stepdad, Don. They were on vacation during the events of the game, so you can't see them in the game. This is also why CC is watching me during the game, or as he'd put it "being my royal babysitter". I also have a half brother from Mom and Don's marriage named Thon. He is a year older than Tobb (see below) and a year younger than Amella (see below).

Every summer and Christmas/Thansgiving, I go to the Fire Realm to visit my dad, Dim, and my stepmom, Jules. Like I said before, they have a LOT of kids. They are my stepsister, who has the same name, almost same birthday, and almost same appearance as me, Jake, my stepbrother who looks up to Shikashi and wishes Shikashi lived in Spirit Tracks, Strit, my other stepbrother who is a little aggressive and hates my other stepbrother, Seamoan, who is in LOVE with Pikachu and wishes he was a character in Pokemon, Amella, my 3 year old half sister who is in love with Harry from All Directions or whatever their name was and likes Pokemon, too, and finally Tobb, who was practically just born a month or two ago. We are all (besides Jules, Amella, and Tobb) HUGE Nintendo players. We all pretty much play what games that I mentioned above as games I played.

The family joke mentioned in my infobox: It was Father's Day in 2009, or some year around there, and us kids were asking each other what Dad says in different sutuations. We were all there except for Amella, Tobb (who weren't born yet),Jules, who I can't remember why she wasn't there, and then of course my Forest Realm family. Zelda was asking me stuff like "sad" or "mad", which I can't remember what I replied to those, when she asked me "happy" and I had a total brain fart so I couldn't remember what he said when he was happy, so I said "Oh, Jolly Day" and we still laugh about it today. It has truthfully become what most of us say in happily stupid situations. Like once Zelda said "hey, the bomb flowers finaly grew back!" and I said, staring at Seamoan, who was really little at the time and had a bad habit at throwing them at the house, "Oh, Jolly Day" all sarcasticly.

Zelda Games that I played

Majora's Mask (I refused to go out of town, though. The ChuChus creeped me out when I was that little AKA five and Chancellor Cole made me get rid of it because of that)

A Link to the Past (okay, this does not count because A. I messed up and ended up having my name be ., instead of my usual Ray-I like that name, don't judge me- so I got annoyed and B. stopped playing after about 30 seconds and C. I don't have it any more (again with the Chancellor Cole thing)

Pokemon games I have played

Pokemon Soulsilver (favorite! It was my first one)

3. Which is your favorite flower? (sorry, couldn't think of a better question. If you can come up with a better one, please tell me!)

Please comment what your result was! It helps me get to know you!

ex. Fire tends to have a short fuse and can be angered over the slightest thing

Water varies between everything. They can be stormy but instantly turn calm. They are difficult to predict.

Grass tends to be sweet. They are kind by nature and tend to just rub off a bad comment. Grass could be either quiet or energetic.

Remember, I am not judging you, this is just what they are typically like.

BTW I am water ;) try figuring me out!

My favorite Pokemon is Rapidash

I LOVE to read theories

I love the candy Twix, but it's hard to come by because choco is somewhat rare in Hyrule, Termina, Labrynna, AND Holodrum! and yet we can still manage to somehow import Rage Candy Bars and Rare Candys from Pokemon...Hey, if you think that RCBs are made of chocolate and look good, then you are very wrong. They are made of pureed nuts and that fake vanilla crap and are DISGUSTING!!!!!!!! Rare Candys are ok, I guess, but I still like Twix better.

I also find TP Gibdos (aka ReDeads in the American version) CREEPY!!!!!!

I am VERY passionate about Spirit Tracks, so if I catch you making bad comments about it, I might freak out on you. I probably won't though, unless I'm having a bad day ( like the time someone found it HILARIOUS to keep purposefully killing Link and I) but watch yourself

I don't know why Spirit Tracks is usually considered the worst canonical Zelda game ever, I think it is a great game, obviously

more to be added

Theories I have come up with

Ghost Hunter may be a new race

-He has a glowing eye/one eye

-Instead of GB growing up to be GH, I think GB just admired GH and copied him

--GB to GH is slightly ridiculous

-Look at their heads! They are both white-ish and creepily red-eyed

My views on Zelda games

If you don't want to read the views on the games I haven't even played, that's fine by me. If you don't like something I wrote, then you can complain on my talk page.

The Legend of Zelda: I don't know anything about this game, sorry.

Link's Adventure: Look above, except I think the name sounds retarded.

Link's Awakening: I only know a little bit about this game, but I don't think I like that it's all just a dream. It does sound fun, though

Link to the past: I've read about it and I like how it sounds. I especially like the name.

Ocarina of Time: I've heard that this is the best Zelda game. I've also watched my sister down in the Fire Realm play it. It looks like a great game and I can't wait until she gets done so that I can play it.

Majora's Mask: If I get another chance to play it, I'm taking it! Even though I haven't really been out of Clock Town, I still had a lot of fun. I totally recommend this game.

Oracle Games: I have only played OoA, but I found it fun. A little confusing, though. I had to find a walkthrough.

Four Swords: I have heard it isn't terrible, but it wasn't the best, either.

Wind Waker: I heard it's great. I also really want to play it.

FS Adventures: I heard that it's terrible, but I've watched someone play it and I like the idea of playing with your friends, though not something I would go out of my way to get.

Minish Cap: I think it looks fun, but I have heard otherwise.

Phantom Hourglass: My sister is currently playing this game. I have read that it is timed, and I hate timed games.

Twilight Princess: I probably won't play this in the near future. From the pics I've seen, it looks creepy. I don't really like creepy graphics, unless it's cartoony creepy, like MM or OoT.

Skyward Sword: My dad, when in the Fire Realm, plays this game. So does my sister. It looks like a very good game. I recommend it.

Link Between Worlds: I will probably have to wait a while before I get this, but I intend to eventually get it. It looks like a very good game.

They're secrets to everybody.

Sayings I have come up with

It's dangerous to go in the dark. Take this. You acquired the LANTERN!

Wait! Stop! You have to Z-target the dark first!

Retrieved from "https://zelda.fandom.com/wiki/User:Spirit_Zelda?oldid=541178"
Community content is available under CC-BY-SA unless otherwise noted.