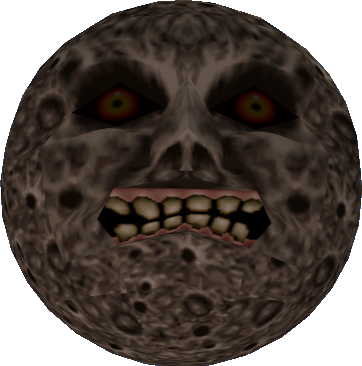 This is the only page with the original agahnim, anouki, dark link, navi, and skull kid userboxes. the original minish userbox can be found in my sandbox.

all of these ideas are mine

1. If my henchman fails to capture/kill the hero, they wont be destroyed. They will instead recieve a lecture.

2. To dertermine if my henchman are competent enough, they will have to make a resume and have a job interview.

3. If I put a self destruct button in my base, it will not be clearly marked, huge, or red.

4. If henchmen die, There family will recieve insurance money and I will arrange and attend their funeral.

5. Henchmen will have name tags and be refered to by their name. A happy henchman is a good henchman.

6. There will be multiple escape pods. Enough for me and all my henchman, along with a seperate few to my gators and crocs.

7.I will have both gators and crocodiles. That way I can promise the hero I won't use any gators on him/her, and later dump him in a crocodile trap. I will tell him/her that they are crocs while he's dying.

8. If more then 20 henchmen die, I will press the evacuation alarm.

9. My lair will include, among other things, a hospital and a starbucks.

10. If my superweapon has a weakness, I will cover it up. For example, if it is a small hole that can blow up the thing if you shoot at it I will turn my weapon so that the hole is facing the wall.

11. I will shoot the hero as soon as he/her enters the room.

12. I will be able to recognize all of my henchmen's faces. This way the hero can't disguise as one.

13. I will make all security cameras very well hidden.

14. I will make sure that everybody in my lair, me included, are able to successfully aim at a hero. Other overlords shoot hundreds of bullets at the hero but still miss.

15. If my henchman/associates/etc. and I surrond the hero, we will all shoot at once. the one exception is if the hero is a good jumper. In that case, some of us will fire upwards.

16. I will not have daughters unless the hero is a female.

17. Boxes and other containers in my base will be filled with noisy, but otherwise useless, items. Examples include bubble wrap and glass.

18. My bombs will not have visible timers on them.

19. I will not use explosives or flamethrowers near any flammable objects.

20. If the heros spotted in a room, my henchmen will crowd into the next room.

I am solar flute (named after my fan fiction game The Legend of Zelda: Solar Flute).

I am only allowed on computers at school hours, save summer.

i dont have much to say Oni Dark Link

Retrieved from "https://zelda.fandom.com/wiki/User:Solar_flute?oldid=415612"
Community content is available under CC-BY-SA unless otherwise noted.