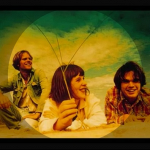 Welcome to my userpage!

I'm not a very active user here, and I likely never will be, but Zeldapedia deserves more from me than a userpage template... So, here it is. My first attempt at a good userpage.

Well... I'm a big fan of The Zelda franchise, having grown up playing the first game and with every game except the Minish Cap and Oracle games under my belt. My other interests include Monster Hunter, website development, writing, and music, as well as World of Tanks, World of Warships (Alpha Tester) and War Thunder.

Theories I Accept and Believe

Theories I Am On the Fence About

Retrieved from "https://zelda.fandom.com/wiki/User:Master_Ceadeus_27?oldid=467092"
Community content is available under CC-BY-SA unless otherwise noted.