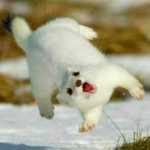 Yello, I'm The Exterminator (you probably knew that) and I know I haven't been here very much. I'm mainly a member of Wikitroid but I might switch back and forth between here and there. I'll edit more after I get bored of Metroid and love Zelda again. I'll see ya 'round!

BEWARE! I have been known to goof on stuff very often, so please excuse my stupidity.

The Exterminator is basically a dark version of Link (prefer dark Sheik, but I need a picture) that comes from the Twilight Realm. After Midna regained rule, she hired body guards and assasins in order to prevent another situation like Zant's. The Exterminator was her first and most powerful addition to the new group, called the Shadow Knights. He does as his queen commands, never questioning nor refusing her orders. He has a unique ability, he can summon a personal Twilight Portal, allowing him to move around quickly. This also allows him to switch between dimensions, which greatly increases his effiency. Like all Shadow Knights, he can hide in the light world by transforming into a shadow, providing excellent stealth. His only weakness is bright, pure light concentrated into a single weapon.

My Own Zelda Game: The Ten Rings

Starting a new idea for a game. Takes place 20 years before The Legend of Zelda: Ocarina of Time, centering on the Hyrulean Civil War. This also answers many questions over Ocarina of Time, including Link's ancestry.

Here's my sig. The Exterminator

I prefer someone with experience and/or knowledge of Zeldapedia to answer these.

Comments: Eh, it was okay. I died like 50 times before Level 4. Wasn't that great anyway.

Do not have it. Most likely, and hopefully, I won't. Heard some bad reviews about this one.

Comments: Better than the original. haven't finished it though.

Comments: Give me a break, the greatest zelda game? Adult Link looks really weird, hated ALL of the adult dungeons, and had ridiculous side quests.

Comments: Now this was a good game. I absolutely love how everything resets, restocking all chests, dungeons reset, and you can have 6,000 rupees (5,499 in bank; 500 in wallet). The items and sidequests were better than Ocarina's. I just wish it had more dungeons.

Comments: 3 cheers for my first zelda game! I loved this one more than any other, next to Phantom Hourglass. I enjoyed the cartoon style and lots of roaming room. I prefer ships better than horses, too.

Comments: Great game. I wish the magic armor used money only when you got attacked, or at least used half as much as it does.

Comments: Next to Wind Waker, the greatest zelda game. I've heard several boo's on this one:

Retrieved from "https://zelda.fandom.com/wiki/User:Madax_the_Shadow?oldid=519652"
Community content is available under CC-BY-SA unless otherwise noted.