2,642 Edits since joining this wiki
December 28, 2009
0 Discussion posts
THE CREATOR OF THIS PAGE CANNOT BE HELD RESPONSIBLE FOR ANY PHYSICAL OR MENTAL DAMAGE SUFFERED AS A RESULT OF A VISIT TO THIS PAGE
This page is the home of J-man Zelda Fan, also known as G-Man Half-Life Fan (see the Dufus™ Gallery)

"Two things are infinite: the universe and human stupidity; and I'm not sure about the universe."
— Albert Einstein

"I reject your reality, and substitute my own."
— Adam Savage

For sniping, owning, being awesome, etc.

A lot of games.

Whenever you least want to see them.

Any-freakin-thing. Pick the most entertaining.

Welcome to my page! My name is J-man, and I've been a Zelda and Nintendo fan on and off for almost ten years. My first Zelda game was The Legend of Zelda: Ocarina of Time. I only recently became completely obsessed with The Legend of Zelda. After Ocarina, I didn't play a lot of Zelda until The Legend of Zelda: Twilight Princess, and then I was hooked. Since then I've played as many games as I could get my hands on.

Random Junk About Me

My real name shall never be revealed as long as I am alive and breathing. YOU GOT A PROBLEM WITH THAT?? But anyway, feel free to call me by any of my many nicknames...

Don't ask me where in world these names came from, I'm just that cool but just pick one if you're tired of using J-man. AND I MAY OR MAY NOT LOOK LIKE THIS: 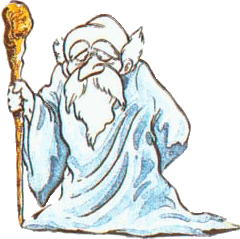 All credit for this idea goes first to AK and next to anyone I've seen with something like this.

Check out my reviews of your favorite Zelda games! User:J-man Zelda Fan/Reviews

I will periodically update with my featured Zelda review. Check it out right here!

"Spirit Tracks offers a much deeper and thrilling experience than Phantom Hourglass, and adds even more to the series."

The Legend of Zelda: Spirit Tracks, number 15 in the beyond-the-boundary-of-normal-popularity Zelda series made by Nintendo. Phantom Hourglass, the first DS Zelda, did a lot of great things for the series, but here's the deal: Spirit Tracks does more, in almost every way.

OK, to be fair, it doesn't do anything different with controls. The game controls identically to its predecessor. You'll use your stylus for everything in the game, whether it be moving Link, using items, or even writing notes on your map. It may be rehashed and redone, but that is not necessarily a bad thing.

However, the traditional save-the-princess story has a new twist. The game starts out with Link at his home village on the day that he will become the official Royal Engineer of Hyrule. So he travels to Hyrule castle on his train (yes, train. More on that later) to have the honor bestowed upon him by Princess Zelda herself. 10-15 minutes of gameplay later, and Zelda fans are in for a big surprise. As it turns out you don't have to do everything yourself, Zelda will be with you! At least her spirit will, anyway. The new story is great, and puts a new twist on the old formula. There're also some great new characters, like Chancellor Cole.

After some cool cut-scenes and such, we find ourselves in the Tower of Spirits. Yes, you do have to return to it after every dungeon. But this is not a Temple of the Ocean King. Not by a long shot. You don't have to repeat any levels. Once you are through it, you're done. Zelda also accompanies you, except that she will possess a Phantom. The temple's puzzles rely on Link and Zelda working together. You'll draw a path for Zelda on the touchscreen and she'll follow it.

The puzzles that result are endless and simply brilliant. The first few levels are non-surprisingly easy, but there are some serious brain busters later on. You need to collect three Tears of Light to power up your sword so Zelda can possess a Phantom, and then it's beautiful puzzle solving from there. As you progress through the Tower, new Phantoms are introduced to the gameplay: Warp, Torch, and Wrecker Phantoms. Each one provides a special new ability that is used in some great puzzles.

The only problem with the Tower of Spirits is everything up until the last few levels stays pretty easy. I was pleased to see that it got harder, but I still managed most of it with no problems. It must be noted, however, that this is some of the best level design I've seen in a long time.

The rest of the game is what you would expect. There are five main dungeons, each following that formulaic pattern of find the special weapon, defeat the boss. At first the dungeons are short and simple, and may even disappoint in some places, but it picks up near the end. However, I would have liked to see some consistency, or at least a first dungeon that doesn't take 10-15 minutes with nothing remotely challenging to stand in my way. But the boss battles are still amazing, and even better than Phantom Hourglass's bosses, and the dungeons are better too.

There are some great new items. The Whirlwind, Whip, and Sand Wand are all great new and fresh items, and returning items like the Boomerang and Bow are as great as there were before. There is also the Spirit Flute. Just like the Ocarina, there are plenty of songs to learn on the Flute throughout the game, and many are useful and some are necessary to progress through the game. You play it by blowing into the mic and selecting the proper note with the stylus. It works well.

You will need to hook up with the Lokomos and play a duet with them to restore part of the tracks in a specific Realm. There are five in all, and each have a different, unique, and fun song to play on your Spirit Flute.

The mode of transportation or "gimmick" this time around is none other than your very own choo-choo train. You will be riding around the world of Hyrule on what's called the Spirit Tracks, railroads branching out from the Tower of Spirits into four different Realms (technically five, but it's contained within another realm). If you were apprehensive as to how this train thing would pan out, you can take comfort in knowing that, for the most part, it's a good mechanic.

There are some long rides that can be a pain, but there is a warp system that makes them shorter eventually. As the game progresses, you will acquire more parts for your train, like a canon and a freight car, and the customization aspects from Phantom Hourglass return. At a place called the Trading Post, you can trade treasure for new train parts, and there are many sets to choose from.

There's plenty of stuff to shoot, but on the occasional long train ride, it can get pretty tedious. The warp system in the game isn't executed very well, and the train needs one more speed option and it would have been perfect. But they never get extremely long, like some of the sailing in Wind Waker.

Aside from the main quest, there is a ton of extra stuff to do in Spirit Tracks. There is a side quest where you can collect all 50 bunnies for this weird dude at a place called Rabbitland Rescue. This may seem like a waste, but there are some great rewards like a heart container, rupees, and a new sword skill. There are also stamps to collect. After the Forest Temple you acquire the Stamp Book, from a guy named Niko (yes, Niko from Wind Waker and Phantom Hourglass. He actually lives with you) and he asks you to go to all the places he went to and collect a stamp so he won't "have any regrets in the world." There are twenty stamps to collect in all, including one from every dungeon.

There are some great prizes for this quest as well, including Link's old shield from Phantom Hourglass and a swordsman's scroll with the Great Spin Attack ability. The extra content doesn't stop there. You can transport many people from the land of Hyrule on your train to numerous places, as well as bring them materials for various things. If you do something for somebody, you will receive a Force Gem, which unlocks even more tracks in addition to the ones you restore by going through the Tower of Spirits. These new tracks lead to more bunnies, shortcuts, and even additional stations. You don't need to get a stamp from these additional lands, but they hold some great secrets and you will want to explore them.

The graphics aren't much different than Phantom Hourglass, but they seem a little better. I found myself panning the camera around the train a lot just to look at the great scenery: large mountains, forest, and endless plain.

Remember the mostly bland music in Phantom Hourglass? In Spirits Tracks, The music is awesome. The main theme is one of the best, and you will be humming a lot of the tunes. The boss music is once again great, and the dungeons all have their own theme.

The Legend of Zelda: Spirit Tracks is much improved from Phantom Hourglass, but it doesn't stop there. This is my favorite handheld Zelda. It's just a great game. The train for the most part provides a positive experience. The Tower of Spirits has some of the best level design in the series, and the boss battles remain epic. The final boss sequences and the fights are truly awesome, and the game is full of great new characters and even provides some laughs. With few flaws, Spirit Tracks is one of the best games I've played in recent years.

If you liked this review by J-man, please tell me about it by signing in the Signature section below or sign on the review page, HERE.

Here are some short good/bad lists for the Zelda games that I've played, here and abridged for your convenience. To see the full review, click on the game name.

Best game on the GBA!! Minish Cap delivers in every aspect.

Ocarina of Time is the definitive textbook Zelda game, setting the bar for many games to come. A perfect 10.

The Legend of Zelda: Oracle of Seasons and Oracle of Ages

Spirit Tracks offers a much deeper and thrilling experience than Phantom Hourglass, and adds even more to the series.

Zelda hits the Wii in fine form, but is essentially still a Gamecube title with a little motion control.

Zelda takes a new cel-shaded approach that makes, quite possibly, the best looking Zelda game yet. And it plays well too.

Awesome things. Nothing else to be said, really.

Sometimes when editing, the joy for me is not in the edit, but what's in the summary. Here are some of my favorites.

Image Gallery (Images Uploaded by Me)

Show's Over! All Electronic Devices Back On! And Sign! (Please)

By signing below, you assert that:

Retrieved from "https://zelda.fandom.com/wiki/User:J-man_Zelda_Fan?oldid=437401"
Community content is available under CC-BY-SA unless otherwise noted.