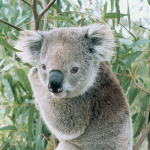 Some grave, in some graveyard, in some state, in some country, in some planet

That Guy that Does Stuff

Haru Mclean Namikaze, a lad of many names, originated from the depths of the internet. At first a large fan of a certain game, and also some certain animes (Anime nerd OLOLOLOL), he joined the internet as a whole as a supposed 7-year-old. This naiveté child was thrown around as a rag doll is, but was also moderately good at editing his home wikia.At least, for a 7-year-old. Then , after at least 2 years of editing this wikia, he moved to his second abode. In this certain place, it was a wiki that was just so... full of things and people, Haru could never get an edit in, as if there was anything left to edit. Devoting himself to the wiki's forums, he had a slight reputation there. But, because of this, Haru's userpage was deleted, and was asked to edit, or try some editing at the fanon wikia of the wikia's subject. Haru then traveled over to this brand new wikia (to Haru and the wikia), and helped start it up. In the midst of that same year, Haru picked up a copy of The Legend of Zelda: Collector's Edition, after many years of tracking one down. Finally, Haru played Majora's Mask, from his memory of being 10. In doing this, he ignited the need-to-know Zelda gamer in him. At this time, he searched 'zelda.wikia.com' in his address bar, and found this place. Faced with corruption, lies, pride, envy, jealousy, wrath, hatred, and bias at the fanon wiki, was forced away from there. He then studied Zelda glitches, skips, etc, and found a nice, happy, dysfunction community, Haru lay down on this website, and made it his main 'home'. Now, Haru has started coming onto Zeldapedia once again.

People That Aren't Offended By Me

Add your name into my list if you're not offended by me.

"Gatsby was walking back from a visit down in Branton Hill's manufacturing district on a Saturday night. A busy day's traffic had had its noisy run; and with not many folks in sight, His Honor got along without having to stop to grasp a hand, or talk; for a mayor out of City Hall is a shining mark for any politician. And so, coming to Broadway, a booming bass drum and sounds of singing, told of a small Salvation Army unit carrying on amidst Broadway's night shopping crowds. Gatsby, walking towards that group, saw a young girl, back toward him, just finishing a long, soulful oration ... " The above passage is taken from the book "Gatsby" written by Ernest Vincent Wright in the late 1930's .

and I will make you cry.
I make guys have to pee
and girls comb their hair.
I make celebrities look stupid
and normal people look like celebrities.
I turn pancakes brown
and make your champane bubble.
If you sqeeze me, I'll pop.
If you look at me, you'll pop.
Can you guess the riddle?


I know some of these are lame, so if you have any Super Aweshum Mega Ultra Uber Speshul Riddles, tell me, pl0x.

I had an extreme need to have this section. Since I am an intern Hater™, I have a tendency to hate things, funny as it is. Now that I have one, I will type down anything that I despise/hate. First, I will make a Zelda, sub-heading, and then the more common Non-Zelda subheading.

Let's go by games, from most recent to most classic.

Oracle of Ages/Oracle of Seasons

"Tane.us is a collection of pages that I add to whenever I'm feeling particularly bored or creative. It all began in the summer of 2004, when I typed the nonsense word "TANE" in frustration when I was killed in a heated Unreal Tournament 2004 match. The word caught on in my vocabulary, and soon it became the title of a song (which can be found, along with my other music, at dogpanic.com). That same summer I registered this domain name on a whim, with no idea what I was going to use it for.

I created the first tane.us front page, using a simple flash animation and midi of the tane song. It remained that way for many months, until I decided to start adding pages to it to create a long chain of mysterious, nonsensical, tane-related... things. It became an outlet for random inspiration. Some pages are inspired by songs, some are inspired by Flash programming experiments."

This is quoted from the 'About Tane' section on Chicksnack dot com. The links to each of the Tane and how to get past them are as follows:

My Games That I Have Run Through

My Oracle of Seasons Walkthrough

My Overview of OoT Dungeons

Now that I've done them all, and I can remember them, I'll summarize my moods about them.

Yay bombs. It's too bad that's the only thing that I liked about it.

My second favorite projectile weapon! But other than that, 222 hard, so I just Boss Key skip into Phantom Ganon. Hate the music, hate the lighting, hate everything about it.

Cool, a hammer. If it weren't for the Flare Dancer turning me off, I would say this is my favorite. Also, the whole anyfirethingknockingyouback thing is a heavy annoyance.

I completely LOVE this temple! My favorite dungeon of the game! So many puzzles, so little time. Close to nothing annoys me in this temple (the thing that annoys me is the first room on the way to the Boss Key, with the water, boulders, and Tektites). Morpha annoyed the crap out of me until I realized it can't touch my in the corners.

Wonderfully organized. The deception of the whole thing is a complete turn on for me, and the hover boots, well, meh. Bongo Bongo is fun enough to not make me hate him.

Cool idea. Though personally, I liked the child part more than the adult part (excluding getting the Mirror Shield). Twinrova was an okay boss, not too hard, not too easy, reflecting the dungeon's difficulty.

I was bullied into making this section by Stars. So sign away, if you want. I hope I don't get many, so I can say 'I HAVE NO FRIENDS T_T'. Oh yeah, I'll pay you 30k rupees for a basic signing, 50k for for a special sig, 90k for some alt codes (like Stars), and 120k for saying my name in your sig.

Retrieved from "https://zelda.fandom.com/wiki/User:Haru_Mclean_Namikaze?oldid=419984"
Community content is available under CC-BY-SA unless otherwise noted.