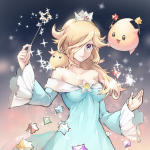 I have miles to go before I sleep.

My double bed with the pillows.

It was pretty shocking to be honest.

As if I can ever afford to get married.

I have a mother, and someone else who took part in my creation.

Nobody you'd want to know.

"We are asleep. Our life is a dream. But we wake up, sometimes, just enough to know that we are dreaming."
— Ludwig Wittgenstein

23 y/o waste of time from Britain who wastes her time and money on video games she never beats and collectibles she never displays. Big Bad Bosslady of EarthBound Wiki.

My favourite things are:

Here are some lyric boxes I spent too long making to delete:

I remember the face but I can't recall the name... now I wonder how Whatsername has been.

Like any uncharted territory, I must seem greatly intriguing. You speak of my love like you have experienced love like mine before. But this is not allowed, you're uninvited, an unfortunate slight.

Here are some Zelda-relevant theories I believe:

This is just the most obvious thing since people thought Silver was Giovanni's son.

I don't think she's full Gerudo (owing to her lighter skin and her eyes) but she does look like she's got some Gerudo genes in her. The skin, the hair...

Fits in nicely with "Ordon is Kokiri Forest" and it rolls well with me. It's plausible, it makes sense.

Althought the rational side of my brain wonders how Lake Hylia's water level dropped so low, this is plausible and very likely, actually.

Wellllll, it's Death Mountain, it's a Mine. Go figure.

Not only is the statue of the Sand Goddess inside a -MASSIVE GIVEAWAY- but also, it sheds light onto why there are no Gerudo, save Ganondorf, in TP

It does. It confuses me. The evidence is astounding and I can't deny it, but Fish = Birds? Seriously?

Eck eck eck. I do NOT like the Koroks at all. The Kokiri are my favourite race, and seeing them like that...*shudder* However, the proof is there. I can't deny it.

So canon it shouldn't be a theory. It's just a shame the game doesn't say it outright so we could say it was canon

The layout of the village in general is eerily similar to that of the Kokiri Forest. Also, as shown by the more 'dangerous' nature of North Faron Woods, its easy to see how this once could have been the Lost Woods. The Sacred Grove all but proves it has ties to the Lost Woods; how many other places have tunnels and Skull Kids?

He must have inherited his good looks and Triforce from someone.

She loved him. That's indisputable.

It upsets me, but I think it was kind of inevitable. I just wish it wasn't so unfair.

He seems to recognize Link when he steals Epona ("Oh, this guy") and says that Link "smells like the fairy kid that taught him that song in the woods"

Well, it's obvious. You hear her jingle, and it's definitely hers. Tatl and Tael DO NOT make that sound.

The guard talks about chaos and stuff (I think he's kinda creepy, personally) so it seems obvious he would turn to dealing in Poes and he's in the EXACT SAME SPOT and everything else said on the page

You've got to be kidding me. Why the hell would a Kokiri, a member of a shy, secretive race move to Castle Town, the busiest settlement in Hyrule?! Why would a Kokiri collect and kill butterflies? Where's her fairy? Where's her trademark clothes? There's just no proof. It's ridiculous.

Firstly, the Goddesses flooded Hyrule to protect it from Ganondorf, amirite? Why would Termina need to be flooded? It's a whole different dimension, water just doesn't 'slip through'. Secondly, WotOK shares NO similarities geographically with Termina, unlike the Great Sea and Hyrule which have obvious similarities. Then we have to look at the deities; Termina had the Four Giants, WotOK has, duh, the Ocean King. If it IS a flooded version of anywhere, with this logic it could be flooded Koholint, because there is nothing there to prove that WotOK = Flooded Termina.

Here are some images that are relevant to my interests:

Here are some tropes that apply to me:

And here are some signatures, from when people did that a long time ago:

Yes! Don't be scared. Just save beforehand and ultraball that sucker

It depends on what context you are using 'blind' in.

Of course there are Zombies in space. Alien Zombies, y'know.

Boredom is tasty and good spread on toast

I'll come and sign your page when I can

Thanks =D I'm really proud of my userboxes

Hi, it's Death here. You've missed your appointment in hell, so we're sending someone up to fetch you. Have a nice day

Hey just wanted to say read your Tingle is a Redead thing funny esoecially the part from that youtube movie. Tabs34

Return of Ganondorf is uberepicwin. GOME GANNY, THERE ARE HUNGRY MOUTHS TO FEED

Hello, thanks for visiting

And here are my beautiful userboxes I worked too hard on to delete:
If you'd like to use one of my custom userboxes, PLEASE ASK AND DO NOT EDIT THEM WITHOUT MY PERMISSON Also, drop me a note on my talk page if you want to request a userbox
* This stands for Best Friends Until One Of Said Friends Kicked The Other One Out Because He Preferred His Girlfriend Shipping

Retrieved from "https://zelda.fandom.com/wiki/User:From_Beyond_The_Stars?oldid=540647"
Community content is available under CC-BY-SA unless otherwise noted.