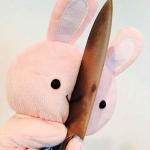 Green Lin, The Stupid one

Red Link, without him, I'd be dead

One Rupee every minute I don't open my mouth

Hello fellow Wikians! I am CandD, but you can call me CandD for short! I am a part of several wikis and wanted to join this for a while. I love Zelda games and find them all to be better than the other half of the Nintendo product line! Recently I've found a Youtube video that is really interesting and funny! It isn't inappropriate, in fact, it's 100% relevent Non-Canon stuff! You can find it Here!: [1] It's the Nyan cat: Hey Navi Remix!!Build with........ SAND!!!!!

I play the keyboard :) and here's my ever-expanding list of Zelda songs I know:

Things that I rate, because I want to

Things to edit by

Retrieved from "https://zelda.fandom.com/wiki/User:CandD?oldid=431325"
Community content is available under CC-BY-SA unless otherwise noted.