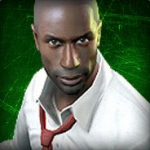 (That's the biggest "About me" I could come up with).

The Legend of Zelda that I have

A theory warning on an Userpage. Because I can. [1]

Yes, I ignore Hyrule Historia. I made a waaaaaaay better theory when I was 12 years old (literally) of the split timeline mess that The Legend of Zelda: Ocarina of Time does:

The Child Timeline was the one actually created at the end of Ocarina of Time.

The Adult Timeline is the one that always existed. Even the events of The Legend of Zelda: Skyward Sword happened there.

Apparently, the idea is there should have been 2 Adult Timelines: in one, because the Hero of Time disappears, the Master Sword can never have a master again, yet people think that should something go wrong, the Hero will return... And proceed to carelessly move the Master Sword (I can't imagine how at all) to another chamber. This act gave Ganondorf one chance to escape. One single chance to escape the realm he was imprisioned on... And he escapes. With no Hero of Time, Ganondorf opened hell on Hyrule. However, he took a step too far somewhere, somehow, and the Golden Goddesses saw him as another Demise, thus actually going against him despite their supposed neutral position. The Great Flood happens, and another task for getting the Master Sword is made, essencially freeing the sword to defeat Ganondorf again. In the other timeline, however, the original Master Sword bullcrap never happens, IMMEDIATELY after the Hero of Time disappears another task is created, meanwhile Ganon gains control of the healm that was supposed to be his prision. A new Link end up defeating him there, however. (The Legend of Zelda: A Link to the Past). I tried to insert this game in the Child Timeline instead, but that was the worst part of my theory. I am sure tough, that it is impossible to fit the history of Vaati and the Four Sword anywhere in the canon timeline. The fact that The Legend of Zelda: The Minish Cap gives a backstory that does not fit with the description of any game or anything related to any game or related with ANYTHING AT ALL only makes the matter worse.

Is this page still a thing?

If you saw my page sign below with a word

Retrieved from "https://zelda.fandom.com/wiki/User:CaioNV?oldid=514785"
Community content is available under CC-BY-SA unless otherwise noted.