"'AmazinglyPink™" redirects here. For the Dufus™ of the same name, see the Dufus™ Gallery.

I am Al Billingsly. I have played every Zelda Game except Four Swords, and Skyward Sword. I have beaten ten. As my name suggests, My favorite character is Link, and he is AMAZING!!!!!!!!!

And for my convienence, and possibly others, I have [2] link.

These are IPs I was before I had an account.

Hahaha, you have been PRANK'D. Here is the link...

THINGS IN THE ZELDA UNIVERSE

A Message to Hylian readers

Long ago, just after the creation of Hyrule, Hylians were chosen to represent another race, that will exist in the future. The people would be unaware. One Hylian, Umahn, lived in a unnamed forest, known today as Ordon Village. As Umahn grew up, with friends Ozar, and Kude, he started to realize his future. He knew of pointed ears a distinction for Hylians. He had thoughts in his head.

Farore, the Goddess of Courage, the one who created those to uphold the Law, was spotted in Umahns village. She warned him of a traitor in his future of friends. She said his name was disguised. She left after telling him the wise words, "Wood, water, and strength, to join Shadow, Sand, and Normal". And though he was a to be Sage of Termina, he was secretly given the Triforce of Courage. He did not know this.

Years later, when the Termina Sages knew who they were, Udoreg Dragmire, attacked. He was teamed with Shikhae, and Orgon. After the War of Termina, they lost. Races were created, and those traitors, and their descendants, would be forever punished.

Descendants of Umahn (Link and Al), hold part of the Triforce of Courage. To not have them join, and make the triforce created, they were seperated, Link in the Desert, and Al in the Forest.

In later years, Al, while traveling to Lon Lon Ranch, where he gets Lon Lon Milk to drink, Al came across Navi. She said she was upset because of Link traveling to find her, and she was still here. Navi agreed to travel with Al to go to Termina, where Link was said to be.

While in Termina, Al and Navi came across the Ancient Sages of Termina. They said that Link had already left, in search of a fairy named Navi.

After Termina, they became lost in Old Hyrule. They met Nayru, the Oracle of Ages. She said that she heard Link went back to Hyrule. After going to Hyrule, and seeing Link wasn't there, they returned. Navi decided to leave Al, and search on her own.

After Navi left, Link came in search of Navi, along with a guy named Ralph. They're hands glowed, but Link still had to continue his Journey.

Timeline: Because I am moving segments of different things to individual pages, for the timeline click Here

A game that created a legend in time, where Link stops Ganon for the first, yet not final time.

An all new game and tactics... In cel-shaded form!

The most recent Zelda game featuring Zelda as a partner and a Spirit Flute.

A classic for the SNES and later GBA, and, truely, the first game to feature Ganon (Zelda I and II have Gannon).

The origin of Vaati.

Go through time with a harp, not Master Sword.

Help the seasons out of chaos.

The last of the Vaati collection

Which game is it sequel to?

A game where you collect masks and stop the moon.

The Sequel to The Wind Waker

The only game that needs at least and at most 4 players. Haven't played:(

Games and What order I played them

Games that I own

(I wish I had OoT MQ. I didn't know that the "limited edition" thing was going on!!!)

I have a secret... I am from Destiny Islands! I lived there for five years... 2006-2009... or is that three years?.... I moved to Hyrule, but did actively edit on KingdomHeartsWiki. In the years I lived there, which I did NOT edit or have an account that whole time, I thought Kingdom Hearts was the BEST series. Now I believe different...

(EDIT: THIS IS A EDIT. REASON:NO MORE INFO NEEDED?)

this IP shouldn't show his opinion of this...

IP shows he gave up hope...

ALL ARTICLES (FOR MY CONVIENENCE

I AM GOING TO DO THE REST LATTER...

Pages I am PROTECTIVE OF!!!

<Redeadhunter> I have released ONE photo to FOUR of you, and HE'S on Youtube, a very poor stalker

<Klungo> O_O Since when did PIE of all people become the new resident stalker?

<Klungo> He'll never go through with that.

Here be me cow, Bessy. 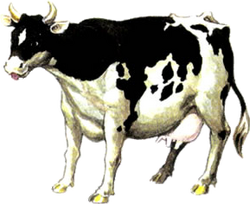 Hello. Today, June 25, 2010, I was told of my brother. He is named Link, my middle name. I am Al Link Billingsly, he is Link Bo Billingsly. He is somewhere in Hyrule. I shall search for him. I do have sketches of him... 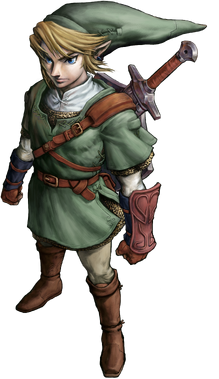 And here is ME 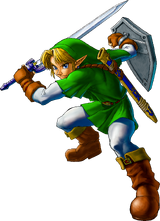 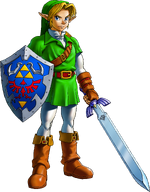 Yeah, I have more sketches. I have found Link.... In a unknown land called Old Hyrule....

This may seem random, yet I am really wierded out. I made my VIE pages, only a few days before the videos were replaced. Now THAT is wierd.

Every Week, I will pick an article that I advise you look at:)

A dragon that breaths fire.

A CHALLENGE TO SOME.

The most popular T.O.C. fighter this week.

The boy who made this possible. Are you braver than him? Probably not. If you are Sign Below.

Retrieved from "https://zelda.fandom.com/wiki/User:AmazingLink?oldid=446327"
Community content is available under CC-BY-SA unless otherwise noted.