Zelda Wiki
Register
Don't have an account?
Sign In
Advertisement
in: Items, Treasures, Items in Phantom Hourglass,
and 4 more 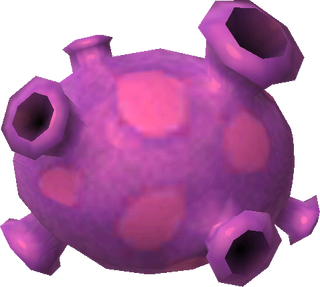 Monster Guts from A Link Between Worlds

In Phantom Hourglass, eight different kinds of Treasures can be obtained. They can be found inside chests, pots, or bought from shops. In addition, by saving Nyave from monsters in the southwestern part of the sea, Link can receive a large amount of Treasures that had been picked up for him.

Treasures can be sold for Rupees to the Teller of Treasures on Mercay Island or to the Ho Ho Tribe, who will buy one random Treasure for a slightly higher price. The price of each Treasure varies from game to game. Treasures may also be swapped among friends for either other Treasures or Ship Parts via Tag Mode and Battle Mode. Access to Freedle's magic boxes is required to trade.

Treasures can be sold or traded for various upgraded Train Cars at the Linebeck Trading Company.

In Skyward Sword, 16 different kinds of Treasures can be obtained. They can be found inside chests, by defeating enemies, or simply lying all around Hyrule. Treasures can also be bought from the Moonlight Merchant in the cave near the waterfall in Skyloft after the final Silent Realm. The likelihood of finding Treasures can be increased by carrying the Treasure Medal in the Pouch.[3]

Treasures can be used to upgrade items at the Scrap Shop. They can also be sold to Rupin at his home at night.

When entering Hero Mode, the current amount of Treasures from the previous game are passed over and are available at the start.

In A Link Between Worlds, three different kinds of Treasures can be obtained. They can be found inside chests and by defeating enemies. Link can give 10 Treasures to the Witch to make Potions. Alternatively, he can also sell them to her.

In Hyrule Warriors, the Hornet Larvae Treasure appears as a Defense Badge. It increases the healing effect from Hearts picked up in battle. The healing effect can also be further increased by crafting its enhanced Badges.