Zelda Wiki
Register
Don't have an account?
Sign In
Advertisement
in: Abilities, Abilities in The Adventure of Link, Abilities in A Link to the Past,
and 10 more

This article is about Link's alternate forms in the Zelda series. For Hyrule's geographical changes, see Hyrule/Appearances by Game. For Ganon's shapeshifting, see Puppet Ganon and Ganon#In-Game Appearances. 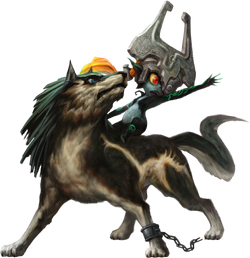 Transformation is a recurring ability in The Legend of Zelda series. 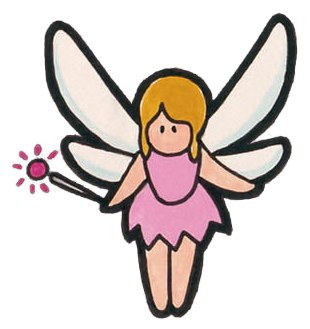 One of the eight Spells Link learns on his quest allows him to turn into a Fairy and, unlike most of the other transformations in the series, it's completely acquired by voluntary means (in this case, as a reward by healing a sick child with the Water of Life in Mido Town). When in fairy form, Link can fly freely through side-scrolling zones, thus being able to cross large chasms, high obstacles and even locked doors without the need of a Small Key. The disadvantages are that he cannot attack enemies by any means, and that he can only retrieve his Hylian form by going out from the place where he is.

When Link is in the Dark World, he is transformed into a bunny unless he has the Moon Pearl. According to the legend, this happens because anyone entering the once-prosperous Golden Land will turn into an animal or object that can visually reflect that person's heart or emotions. Though unconfirmed, it's implied that Link is turned into a bunny because of his purity as a person. After retrieving the Moon Pearl, Link retains his original form while in the Dark World; and the only times he's turned into a bunny again are when certain shiny clouds (located in dungeons) touch him (and even then, the process is only temporary). Link is entirely defenseless as a bunny, although he instantly comes back to normal after being injured by an enemy.

In Majora's Mask, the concept of transformation develops further, as various masks transform Link into alternate forms. The first of these is Deku Link, who comes through involuntary shapeshifting, after Link loses to Skull Kid during a confrontation. However, Deku Link does have advantages, such as flying with the help of Deku Flower pads, shooting bubbles, hopping a few times on water and spinning. Link, with the help of the Happy Mask Salesman, eventually regains his Hylian form, and keeps the Deku Mask to turn back into a Deku Scrub every time the aforementioned abilities come in handy. It is theorized that Deku Link is related to the long-lost son of the Deku Butler, who is found in the Deku Palace.

The other transformations come by voluntary situations: Goron Link is the result of the ghost of a deceased Goron warrior giving Link his own body (encased into a Mask); in this form, Link can curl up to travel at very high speed, press giant buttons using only his weight, ground-pound and land powerful hits. The Zora Mask materializes after the demise of a Zora guitarist named Mikau, and allows Link to transform into Zora Link. In this form, Link can swim very fluidly underwater, walk on the seafloor, use his fins as boomerangs, attack with electric energy and apply punches and kicks during direct confrontations. There is a Mask that is obtained after defeating an Eyegore in Stone Tower Temple, which transforms Link into a giant while still retaining his physical Hylian form. However, it only works during the battle with Stone Tower Temple's boss Twinmold, not to mention that the Z-Targeting feature is disabled. Finally, there is a secret transformation that is provided by the Fierce Deity's Mask, which allows Link to destroy enemies with extremely devastating attacks, but it only works during boss battles, including the one with Majora's Mask itself.

Unlike in Ocarina of Time, Hylian Link himself can now jump with more ease thanks to his athletic skills. He is also the only form who can use most of the C-items; the exceptions are the Powder Keg (which corresponds to Goron Link), while Deku Link can use Deku Nuts. In addition, most forms can also use Bottles.

In Oracle of Seasons and Oracle of Ages, Magic Rings 43 to 47 transform Link into different forms if worn. While wearing one of these rings, Link cannot attack or use any of his items, and they have little purpose than to change his appearance. The only advantage to using them is Link cannot be eaten by Like-Likes, or slip on ice when wearing them. Link returns to his original form after removing the ring, while swimming, and for a brief moment when moving between rooms.

The Rings, with their relative transformations, are:

In The Minish Cap, Link can change his size significantly, having a miniature height, while still retaining his external Hylian form. This allows him to gain access to places whose size and/or entrance would be too small for him in natural size to enter. He also can speak with animals and (eventually) with the Minish as well. As with most transformations in the series, however, his item repertoire is once again significantly limited.

In Twilight Princess, Link turns into a Wolf whenever he enters the Twilight Realm. During the first half of the game, this transformation occurs three times in total, and after that he is locked into his Wolf form because of a curse cast upon him by Zant. However, thanks to a purge by the Master Sword, the curse is encased in a Shadow Crystal, an item that is kept by Midna. With this Crystal, Link is able to change his form at will anytime. Among Wolf Link's abilities are: 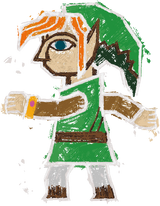