Zelda Wiki
Register
Don't have an account?
Sign In
Advertisement
in: Locations in Spirit Tracks, Clock Town, Shops,
and 4 more 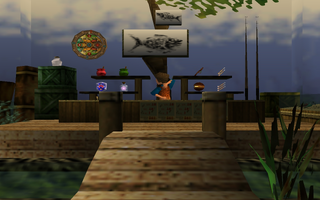 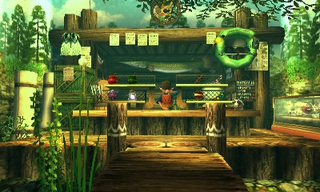 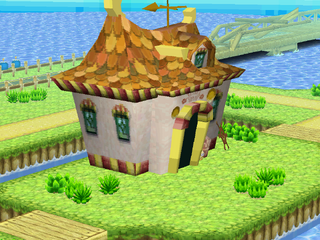 Trading Posts are recurring locations in The Legend of Zelda series.

The Trading Post is located in West Clock Town and is open almost 24 hours a day, with the exception of 9 PM to 10 PM.[1] During the day, it is operated by the Man from Trading Post. At night and on the Final Day, it is staffed by the Part-Timer. The shop offers various restock items, such as Arrows and Deku Nuts, and it is one of the few places where Link can buy a Hero's Shield if he loses his prior one to a Like Like. The shop is also one of the two places where Link can encounter Pierre the Scarecrow.

The Trading Post is situated in the southeast corner of the Forest Realm, serving as the home to Linebeck III and the resting place of his grandfather, Linebeck. Link is forced to make a stop at the Trading Post after he sees that the bridge leading to the Ocean Realm is broken. Here, he meets Linebeck III, owner of the Linebeck Trading Company and the only resident of the whole station. Linebeck III explains that the reason for the bridge being broken is due to the storms that have ravaged the area, and while he was meaning to call Kenzo, a bridge worker, he is more worried about the Spirit Tracks disappearing since it is affecting his business.[2] He then realizes that Link is a Royal Engineer and asks him to bring Kenzo so that they may both continue with their own business.[3] After the young hero brings Kenzo from the Snow Realm, he will offer to fix it for 5,000 Rupees, which includes the fee for the work he did to Linebeck III's house.[4] The trading company owner refuses to pay the bill, so the burden of paying the repair fee befalls Link, whom Linebeck III is quick to blame it on.[5] Kenzo then mentions that he does not care who pays him as long as the money is ready by the time the bridge is done.[6]

When Link goes to talk to Linebeck III, he mentions that his grandfather, Linebeck, left him a note on how to find a high-valued Treasure, known as the Regal Ring, that he hid somewhere near the Trading Post. Linebeck III hasn't been able to figure out the riddle, so he hands over the note to Link in hopes that he may find the 8,000-Rupee Treasure and thus pay off the bridge fee.[7]

To the left of Linebeck III's house is a small cave that is infested with Like Likes. After passing through the cave, the young hero will find himself in the back portion of the Trading Post, which is where the grave of Linebeck III's grandfather is located. Past the graveyard is an Air Stone where Link can learn the "Song of Light" and, after Link plays it, the Stone will blast off to reveal a light switch beneath it. Link must then hit another Switch with the Boomerang in the direction that the light is pointing to in order to make a small bridge appear that connects to a small island off the station. Once Link crosses the bridge and bombs the wall to reveal another cave, the young hero must play the "Song of Light" on the two light switches and play the "Song of Discovery" four stone tiles north and six stone tiles west to reveal a Treasure Chest containing the Regal Ring.

After Link shows the Regal Ring to Linebeck III, Kenzo will jump into the conversation and take the rare Treasure as payment.[8] From here on out, Link can bring and sell any Treasure to Linebeck III, and if he has enough Treasure, he can also trade it for new Train Cars.[9]

If Link brings five units of Dark Ore from the Dark Ore Mine in the Fire Realm to Linebeck III, he will reward the young hero with a Force Gem that restores the Spirit Tracks in the Ocean Realm, thus opening the Lost at Sea Station.