Zelda Wiki
Register
Don't have an account?
Sign In
Advertisement
in: Items, Daily Use Goods, Torches,
and 3 more

For the recurring Objects in The Legend of Zelda series, see Torchlight. 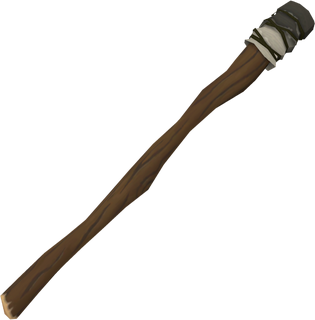 8
Torches are recurring Items in The Legend of Zelda series.[2][3]

Torches are a common item that Link can use to carry Fire with him and spread that Fire to stationary Torches and other flammable objects such as grass, bushes, and wood. Torches can also be used as a Weapon, but they have a very low attack power of 2. After being ignited by contact with a Fire, Torches stay lit until Link puts the Torch away or it rains.[2] Torches are useful for navigating dark areas, such as the Thyphlo Ruins.

Link can find Torches in the Lost Woods, which can aid him in navigating the area by lighting Torches and watching the direction the Fire blows with the wind. Torches are also useful for lighting all of the stationary Torches around both the Hateno Ancient Tech Lab and the Akkala Ancient Tech Lab with Blue Flame, as Link must travel long distances without the Fire burning out.

Torches are items in Cadence of Hyrule, which allow Cadence, Link, Yves, or Zelda to see in the dark, light up braziers, and burn stumps that may be blocking their path.[8] However, they have a limited use and go out over time, forcing the heroes to switch between different kinds of torches in order to light their way through caves and dungeons. They can be found in red Treasure Chests, dropped by slain enemies, or bought from a Shopkeeper for 10 Rupees. After a Game Over, Torches can also be found at the Fate's shop selling for 1 Diamond.