"Who is this man? Is it really a man? He says that he's actually a fairy, but he doesn't necessarily look much like a fairy... Are there 35-year-old fairies? Is Tingle one of them? Despite Tingle's... unorthodox fashion choices, he has a pure and innocent heart. He genuinely seeks to help his father by selling maps he made while floating around Termina by balloon. With his balloon and endless supplies of tricks, Tingle is a surprisingly competent addition to any group of warriors. If you're lucky, you may even hear a "Kooloo-Limpah" in battle!"
— Tingle, the Reincarnated Fairy? Historical Entry Tutorial Bio

To call Tingle odd is an understatement, as he is an eccentric 35-year-old man who wears unusual clothes, is obsessed with Fairies, and flies around using Balloons that come from the backpack he wears. Tingle's antics are mostly harmless and he has a good heart, despite his strange behavior. While he may not seem like it, Tingle has a knack for cartography, and he sells maps to help his father, who works as a Guide at Old Koume's Boat Cruise. He has even developed his own magical phrase, "Kooloo-Limpah", which he occasionally shouts in and out of battle. In the Hyrule Warriors series, he believes himself to be the reincarnation of a Great Fairy. 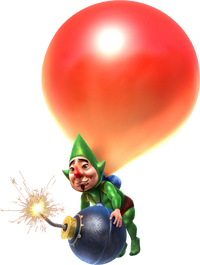 While his skills as a warrior are dubious at best, Tingle's odd behavior and backpack full of tricks makes up for them. Using everything from Balloons, Tingle Bombs, Tingle Statues, his map roller, and even his Wallet, Tingle's greatest advantage is his unpredictability and the simple fact that his enemies do not take him seriously until it is too late. Despite his appearance and odd fighting style, he is quite resilient, able to shrug off Bomb blasts from his own bombs and even survive crash landings. As skilled cartographer, Tingle uses his Balloon pack to fly over the land, allowing him to create more accurate maps.

Dark Tingle is a shadowy doppelgänger of Tingle and an enemy that appears in Adventure Mode. He uses the same moveset, and in Hyrule Warriors Legends, drops the same Materials as Tingle.

In Hyrule Warriors Legends, Tingle was originally going to have a role in Linkle's Tale, though the concept was scrapped. The development team did make some stylized images that would have been used in Linkle's Tale stylized cutscenes, had his role not been removed. In the scrapped story, Linkle finds herself in the Temple of Souls where Link is being cursed by Ghirahim. In order to save him, Darunia and Lana appear and perform in a dance off against Ghirahim. Afterwards, they discover that it was actually Tingle and not Link. Eventually, Linkle wakes up in her house and realizes that it was just a dream. The story was scrapped due to time concerns and to avoid being too comical, as it would clash with Linkle's heroic qualities. 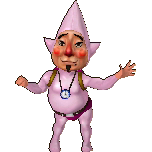 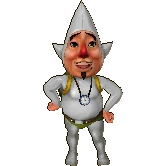 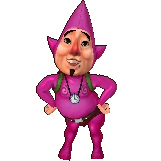 Tingle wielding his Wallet
Add a photo to this gallery

Retrieved from "https://zelda.fandom.com/wiki/Tingle_(Hyrule_Warriors)?oldid=539966"
Community content is available under CC-BY-SA unless otherwise noted.