Zelda Wiki
Register
Don't have an account?
Sign In
Advertisement
in: Dungeons, Towns, Dungeons in A Link to the Past

This article is about the Dungeon. For other uses, see Thieves' Town (Disambiguation). 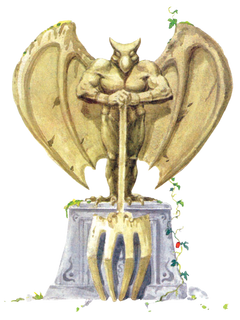 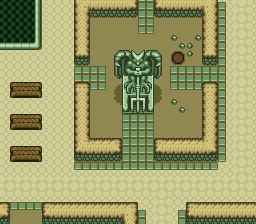 The dungeon is located beneath the Gargoyle in the center of the Village of Outcasts. The entrance to Thieves' Town is the same place where the Weathercock is in Kakariko Village, and is protected by the prongs of the Gargoyle's trident which can be pulled off from the entrance.

The dungeon opens up to four vast maze-like rooms made up of intersecting narrow walkways, filled with enemies such as Zazak and treasure, and numerous traps such as Rabbit Beams. To escape this maze, Link must obtain the Big Key. Once Link makes it through the maze, he finds the boss room straight ahead, however, unlike all other boss rooms Link has entered prior, it is empty, with no monster to be found, nor the Maiden he is searching for. Instead he must travel through the rest of the dungeon, which contains a horde of monsters and a number of traps and conveyor belts designed to halt Link's progress.

Deep in the dungeon's basement Link can obtain the Titan's Mitt and also discover numerous jail cells. Far at the back of these cells lies a captive young girl, seemingly one of the Maidens Link must rescue, yet not trapped in a Crystal. Instead, she asks for Link to take her outside.[5] Returning to the entrance with her causes her to refuse to leave, and attempting to travel to the top floor of the dungeon will also cause her to protest. If Link leaves her behind, she will return to the cells below. With seemingly no way to escape with her, Link discovers sunlight beaming in from barred windows on the top floor of the dungeon, and a cracked floor above the boss's lair. By throwing a Bomb onto the floor, he causes the light to travel from the floor above down to the center of the room.

Following Zelda's advice and suspecting the girl trapped in the basement may not be all she seems,[6] Link must lead her to the light shining into the boss room, causing her to reveal her true form.[7] She is in fact Blind the Thief, a monster that loathes light and was once a thief who lived in Kakariko Village before becoming one of Ganon's minions.[8] After a tense battle wherein Blind attacks with multiple fire-spewing heads, the beast is destroyed, and the Crystal containing the real Maiden is revealed.