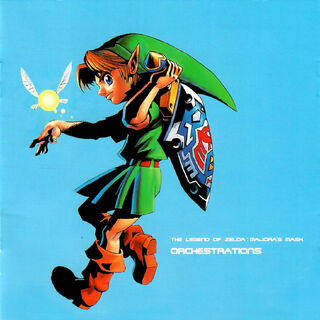 Published by Enterbrain, the album contains 11 rearranged tracks from the game. However, unlike Hyrule Symphony, Majora's Mask Orchestrations is not performed with acoustic instruments, but with synthesizers. The tracks are composed by Koji Kondo and are arranged and performed by Shoji Horikoshi, Masahide Yumi, Masaharu Toyoda, Keita Kikuchi, and Katsuya Takahashi.

Soundtracks in The Legend of Zelda series
Community content is available under GNU Free Documentation License unless otherwise noted.
Advertisement