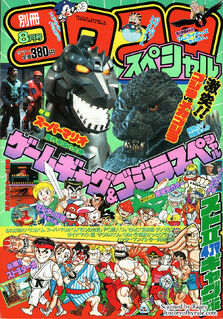 The Legend of Zelda: Link's Awakening is a one-shot manga story based upon the video game. It was drawn and written by Masato Fujiaka and was published in the August 1993 issue of the Japanese magazine Bessatsu CoroCoro Comic Special.[1] As a bi-monthly publication, Bessatsu CoroCoro Comic Special's cover date is always ahead of the actual release date. As such, this issue would have been released late June 1993. It has never been reprinted.

This manga is a single chapter story, created to promote Link's Awakening, which had recently been released in Japan. It depicts the beginning of the video game's story, with Link washing up on the shore of Koholint Island and meeting Marin and Tarin