The Legend of Zelda: Link's Awakening is the fourth main installment of The Legend of Zelda series. It is the first title in the series to be released on handheld system, and the only Zelda title on the original Game Boy. Since its release, Link's Awakening has been popular among fans and critics; by 2004, the game had sold 3.83 million copies worldwide.[3] In 2009, Guinness World Records named it the 42nd most influential video game of all time.[4]

A colorized update, titled Link's Awakening DX, was released for the Game Boy Color in 1998. During a Nintendo Direct on February 13, 2019, an eponymous remake of the game was announced for Nintendo Switch. The remake was released on September 20, 2019.

According to Encyclopedia Link's Awakening takes place between A Link to the Past, Oracle of Ages and Oracle of Seasons.

During an interview around the release of Ocarina of Time, Shigeru Miyamoto stated that Link's Awakening could have occurred at any point following Ocarina of Time.[20]

Zelda.com originally stated that Link's Awakening occurred partway through The Adventure of Link, taking place during the period where Link crosses the sea to Eastern Hyrule.[21]

It was announced at Nintendo's E3 Press Conference on June 7, 2011 by Shigeru Miyamoto that Link's Awakening DX would release that day alongside Super Mario Land as the first Virtual Console games on the Nintendo eShop.[27] The eShop price for the game is $5.99 in the United States, $9AU in Australia, and £5.40 in the United Kingdom.

A trailer announcing and showing off early footage of a 3D remake of Link's Awakening for the Nintendo Switch was included as the final segment of the February 13, 2019 edition of Nintendo Direct, with a scheduled release on Sep 20, 2019.[28] Some differences include anime-styled cutscenes in the beginning and ending, voice acting by some characters, and a Dungeon maker mode.

Game & Watch: The Legend of Zelda

A port of the original Game Boy version of Link's Awakening is one of the games to be included in Game & Watch: The Legend of Zelda, announced at E3 2021.[29] 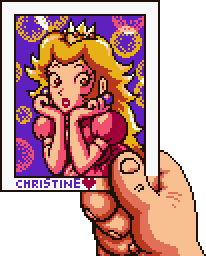