The Legend of Zelda: Art & Artifacts

The Legend of Zelda: Art & Artifacts 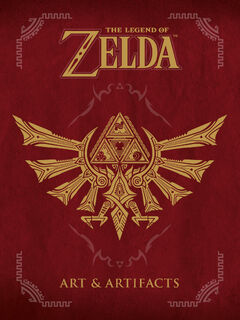 The hardcover book features artwork released from The Legend of Zelda through Breath of the Wild, spanning promotional pieces, box art, instruction booklet illustrations, and sprite art. The book also features interviews with the artists behind the series and never before seen content.[1]

A limited edition was also released, featuring gilded pages, a different cover with the Master Sword, and an acetate slipcase with its Scabbard. It was limited to 10,000 copies.[2]