Zelda Wiki
Register
Don't have an account?
Sign In
Advertisement
in: Oracle of Ages Pages with Invalid or Missing Terms, Locations in Oracle of Ages, Labrynna,
and 2 more
English

It has been suggested that the portion of this page concerning Talus Lake should be made into its own page. Should the target page already exist, this content should be merged into it where appropriate. Discuss this on article's talk page. 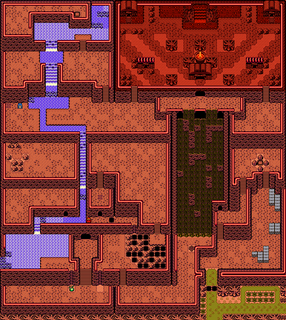 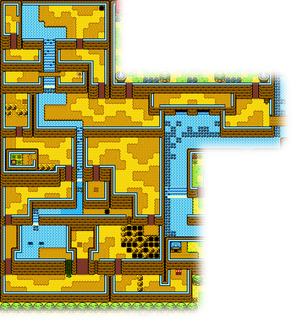 The Talus Peaks are a mountain range found in northeastern Labrynna in Oracle of Ages.[1]

The Talus Peaks are the largest geographical area in all of Labrynna. Although present in both time eras of the story, Talus Peaks is shown to be receded in the present age; much of the eastern face of past era's Talus Peaks is simply Nuun Highlands in the present era. Traversing the mountain range requires constant time-warping even after short distances, since the landscape shuffles inaccessible points between the two time periods.[2] Symmetry Village, home to the Skull Dungeon, is nestled into the Talus Peaks. Talus Peaks can be accessed from the foothills west of Lynna City, or by crossing the bridge from the Nuun Highlands once it has been built. The Restoration Wall, home to Patch, is also found within the mountain range. Darknuts, Leevers, River Zoras, Moblins and Tektites are all enemies that can be found along the mountain range.

The Talus Lake, found at the very top of the mountains, is the area's only notable landmark. Water can be seen cascading from the Talus Lake, forming pools at various points further down the mountain, finally flowing into one larger pool near the base of the peaks. In the past, there exists a device partway down the mountain that allows Link to direct the flow of the water towards the left or the right, allowing him to navigate the peaks.

The only Human inhabitant of Talus Peaks is Tokkey, a man who is researching a tune that moves time forward.[3] His home is found inside a secret grotto, which Link can access by diving into the Talus Lake and swimming under a rock wall underwater.

An unnamed red Fairy resides in a pool in the southwestern corner of Talus Peaks in the present. To meet the Fairy, Link must set the flow of water eastward and push the Vine bulb to the western side in the past. Using the Tune of Currents or Tune of Ages to return to the present, he can then climb the Vines up to the pool. A Sign next to it warns not to throw anything into the water.[4] If Link throws in a Bomb and approaches the pool between the two statues, the Fairy appears and asks him whether he threw in a Golden Bomb or a Silver Bomb.[5]

If Link is punished by the Fairy for lying, he must leave the area then return and throw in another Bomb to restart the interaction. The Fairy disappears permanently once it has granted the upgrade.