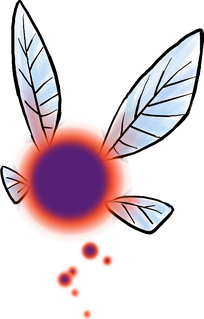 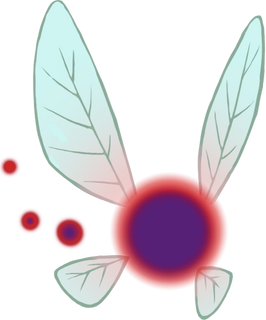 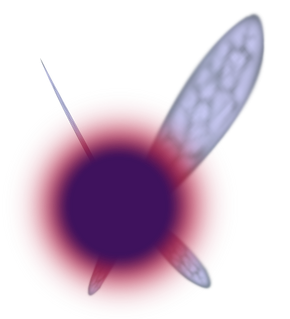 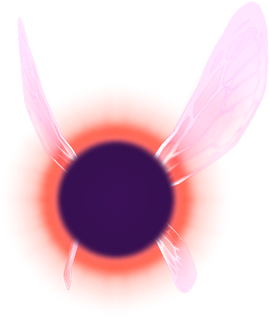 Tael is a Fairy in Majora's Mask.[2] He is the younger brother of Tatl.[1] He is a deep purple in color, vastly different from the bright appearance of most Fairies.

Prior to the events of Majora's Mask, Tatl and Tael were flying around Termina Field looking for shelter on a stormy day. They suddenly find a lonely Skull Kid under a log, shivering. Tael and his sister soon become friends with him, and when the Skull Kid began to show his mischievous side, the two Fairies decided to follow through it. At the beginning of Majora's Mask, they follow the Skull Kid to the Lost Woods, where Tael and Tatl startle Epona, causing Link to fall off unconscious. Skull Kid then proceeds to steal Link's Ocarina of Time. When Link wakes up, the Skull Kid escapes with Tael and Tatl as they ride away on Epona. After Link is transformed into a Deku Scrub, Tatl gets in his away to impede him from going after the Skull Kid, which causes for her to get separated from both Skull Kid and Tael. Tael does not appear again until Link and Tatl venture to the top of the Clock Tower on the Final Day, where they find him and Skull Kid.

It is through Tael that Link and Tatl discover that the Four Giants are needed to stop the Skull Kid and Termina from its impending doom.[3] Skull Kid, however, hits Tael for speaking out of line, angering Tatl.[4] After Link calls upon the Four Giants using the "Oath to Order," Tael and his sister are finally reunited until Majora's Mask detaches itself from the Skull Kid and travels to the inside of the Moon. Link then decides to go after it. In an act of bravery, Tael decides to accompany the young hero to the Moon since, as he does not want to be always running away.[5] Tael is stopped by Tatl, who goes in his stead.[6]

Eventually Link and Tatl successfully free the Skull Kid from the influence of Majora's Mask, allowing the two sibling Fairies to be friends with the Skull Kid again. After Tatl says her goodbyes to Link, Tael can be last seen comforting his sister.

Unlike his sister, Tael has a more innocent and timid personality, unable to stand up to the Skull Kid's constant abuse.[7] Tael also understands better than Tatl all the suffering that the Skull Kid has gone through and why he does such terrible things. While Tatl blames Skull Kid's weak will and him having no strength of heart for his actions, Tael realizes that it was Majora's Mask that made their friend act that way.[8][9]

Tael and his sister's names are puns off the word "tattletale."